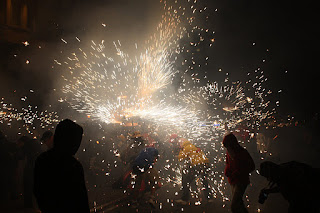 When we were in Barcelona recently it was the city’s patron saint celebration and on the Sunday there was the traditional ending of the festival; the Correfoc, when the mouth of Hell opens and devils and dragons cavort through the streets. I had heard of this before but not appreciated the spectacle of it all. I had used the idea of fireworks and the giants (that are paraded on the Saturday) to make the Carnival scene in my novel more exotic. 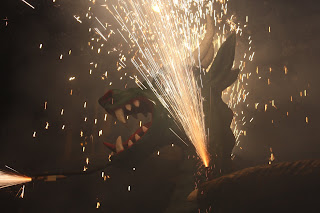 I had wanted a number of things from this scene, I wanted the amplify the spectacle of the real Somerset Carnivals and to underline the otherworldly aspects of the story (it being set in a parallel world), I wanted to give the reader some of the history of the world via the floats and historical characters represented in the carnival parade and I also wanted to move the story along, to entertain. 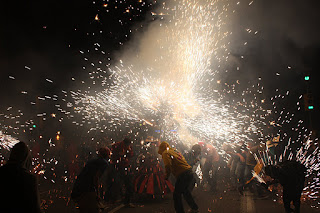 I had the image in my head of the narrator recognising a character across the street in the middle of the carnival parade and him running through the floats and people, then chasing the person through crowded streets (and ultimately fighting him amid the deserted stalls). 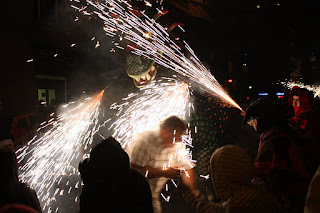