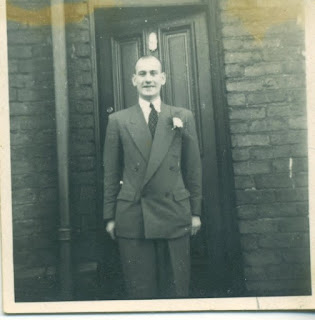 Before my father died I started to write down his tales about his life. The following story is based on one tale he told about when a friend of his shot a cow when they were on guard duty.

Charlie never knew the truth. He’d laugh about it at times when we were guarding the Orkneys the next spring and summer, as we flew big box kites to foil the Jerry’s airplanes or built huts to house convalescing soldiers. He never worked out what I had done, but then nobody did.
It had happened like this, I was despondent after meeting Blakey and I’d stopped off at a pub and there‘d got chatting with this bloke who turned out to be a butcher, Jenkins and Son. He was the son, only the business wasn’t doing as well as it could, I commiserated with him there, I wasn’t doing as well as I could either.
I told him I might be in a position to put something his way quiet like, unofficial like, just one man to another. He got the drift and we agreed a price that was mutually acceptable.  I told him to get his van over to the factory around three in the morning and we could do business.
So after leaving Charlie with the dead cow I had met Jenkins as arranged and we had driven to the side of the factory and between the three of us we dragged the carcass across the ground and into the back of his van. It was hard work I can tell you, even after Charlie came up with the idea of using a flat bed trolley that was kept by the gates for loading deliveries. Still we were young and fit and we managed, especially as there would have been a charge waiting for both us the following morning if we had not got rid of the evidence.
Jenkins palmed me two five pound notes as we shook hands, they were the old sort in those days, the big ones that were the size of a pocket handkerchief. Those notes got me out of the hole and left me some cash to spare. I could not decide whether Arthur the ape man was sad or not when I produced the cash, I got the feeling he would have preferred to have taken it out of my hide.
I was relieved when he had gone and that night I treated the lads to a drink, a couple of bottles of whisky, you could still buy it relatively easily at that time, it was later in the war that it was scarce. The trouble was that our game of parlour cricket ended up with us breaking the gas fitting and we had to call out the police who in turn called out the gas board to fix it. The Captain was not well pleased with that, still we were leaving that morning and that made it easier.
It was not until after the war that I finally gave up the gambling, it was a mugs game after all, I’d always known that but found it difficult to stop. Given all that had happened over those six years I reckoned I’d used up my share of luck.
Posted by Paul Tobin at Friday, August 03, 2012