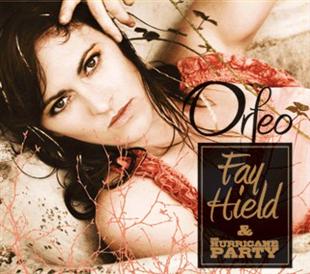 I  have been flowing the career of Fay Hield (http://www.fayhield.com/) since she released her first album a couple of years ago. I had read that she was the first new artist to be signed by Topic Records in thirty odd years. I have always respected Topic (http://www.topicrecords.co.uk/ ) they are the oldest independent record company in Britain and have always released traditional music. Anyway to cut to the chase I was mightily impressed with her first solo album The Looking Glass. Fay has a beautiful voice and the selection of songs I found really interesting.

Fay is also an academic and lectures in Ethnomusicology at the University of Sheffield. She also has recently completed a Phd: English Folk Singing and the Construction of Community. She is also a consultant on Manchester Universities Music Communities research project. Fay has also been a guest lecturer at other places of learning including Leeds College of Music.

For her latest recording she has gathered around her a veritable super group of excellent musicians and Orfeo is a standout album. I have been playing it a great deal since it came out. I was also lucky enough to catch her and the Hurricane Party at the Wychwood Festival where I was part of the poetry cabaret. I have to say the performance was marred by a poor sound balance, with recurring feedback problems for the musicians. However, they dealt with this difficulty in a professional and pragmatic manner and still managed to offer a sympathetic backing to Fay's wonderful vocals. I was more than impressed by Fay and the Hurricane Band's  ability to deliver the goods under such circumstances. 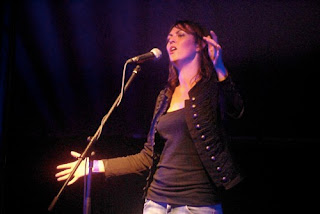 Anyway, enough from me let's hear from Fay.

How did you start?

I have always been around singers and the folk scene.  I started learning songs to lead in singarounds when I was about 13, with support from older friends.  This led to singing as floor spots, then being asked to support other artists or do short spots at festivals.  It all developed rather gradually, and through the encouragement of others already in the field.

Who are your influences?

Singers from the revival, either within the clubs I went to or from recordings.  Peter Bellamy was a big influence on many singers in Keighley where I grew up, and his music has permeated much of my influence.  Other singers I admire and listened to recordings of in my teen years are Anne Briggs, Maggie Boyle, Cher and Karen Carpenter.

When you are researching songs what attracts you the lyric or the tune?

Either/both for different songs.  Often from paper the tune doesn’t jump off the page the same way as the words, and from recordings it’s sometimes hard to pick out the plot on one hearing.  For some songs it’s all about the tune, so the words are less enticing, others it’s the other way round.  Both usually undergo some kind of change when I’m learning the song though.

Has your doctorate changed the way in which you look at songs?

It has changed the way I look at life, so yes probably.  Entering the recording industry has perhaps had more influence as I’ve consciously decided to dig out unusual material for CDs, whereas singing for the pub I was happy with widespread chorus songs and classics.

What would you have done differently?

Nothing, life just takes you along with it, everything comes from something. I’ve never had a master plan, if I’d changed anything at some point who knows what else I would have missed out on.

What would you say to someone starting out?

Work hard, look around you, be nice and listen to people.  Networking and contacts are really important, so make friends, be active and get yourself out there.  The folk scene is a little less high-industry than the pop markets, so if you plan to be here for the long term, try not to be too starish about it all.  Acting like an idiot now may stay with you for a long time.

There is a huge resource of English music and song out there how do you go about selecting material?

Open a book or put on a CD and do some active listening/reading.  The skill isn’t in digging up some undiscovered gem, it’s making something brilliant out of what you find.  Put some effort into turning things into something you like.

Whats in the pipeline?

Two majorly exciting projects, but unfortunately I’m not allowed to talk about them yet.  Both are happening in 2013 though, so watch this space…

If you were a colour what colour would you be and why?

As I do three very distinct jobs, every half hour I put another hat on and am doing something completely different.  If I could be a rainbow that would be helpful, to reflect whatever I was doing at the time. If that’s not allowed, then positively grey. It’s neutral and will pretty much go with anything.