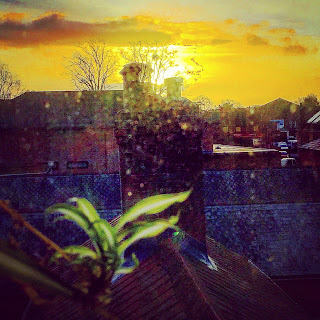 Thanks this week to Gram Davis for running an interesting workshop. He asked us to describe an animal by it's actions. We had five minutes to write something. I came up with this. 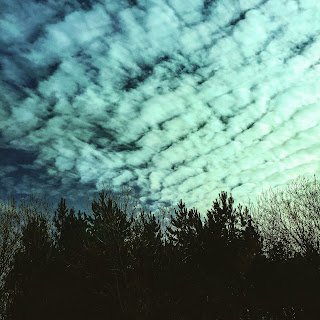 We then had to write down an abstract noun and pass it to the person on your left along with your animal- sorry Paul for equality and ladybird.
I got pain and pigeon.
This was my first attempt.

Thirty five flying hours out.
No subtle line of difference to follow,
ever heavier, the air has thinned.
Once airy bones, fossilised rock.

So feathers pull flight from nothing.
The electric spark from cell to cell
shocks each muscle to act in turn.

This is your world now. 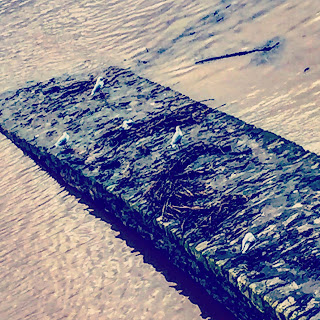 I was not sure that I captured pain, rather I thought I had described exhaustion.
My idea was that a homing pigeon had got lost and was flying aimlessly.
I had this tagged on the end:
even if gifted language
there could be no retelling
bereft of metaphor
this moment is your life
But when we discussed the workshop, and read aloud our poems, the general consensus was that it added nothing to the poem, so out it came.
In the final ten minutes of the workshop before the discussion I dashed off this:

Razor blade cold, swift.
So sharp it lasts a thousand years in a flash.
Body attempts compensation,
it returns, so different, as intense.
Sun supernova inside you.
The real wonder is that you are still
here it comes again,
it's dinosaur stale breath fills your mouth,
muffles your screams.

Oblivion limps towards you
but you cannot run to embrace it. 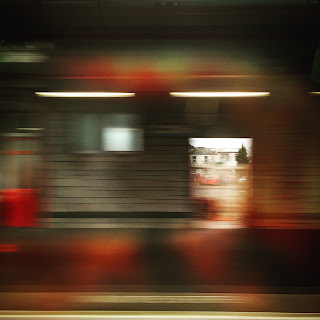 This may be an attempt to describe pain but there is no mention of a pigeon!
I leave you with a piece from 1969, The Liverpool Scene: We'll All Be Space Men Before We Die.
Ah, the causal sexism of the patriarchy. What about women?