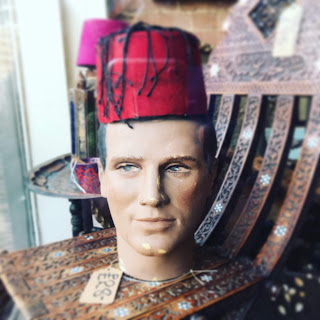 I cannot remember where I took this photograph, or if it is the chair, the head or the fez that was £28. The scene just called out to be photographed.
A revised poem. You can read the earlier version here.

the band crank it out, urgent, loud,
such a brief time to impress

others further away
drink, talk, laugh, vape
the festival the backdrop to their private dramas

everywhere
unnoticed in viz-vests
people paid by the hour,
stoop to collect cans into plastic bags 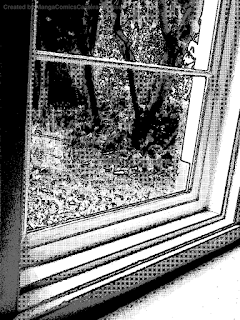 I know that when I last revised it I was concerned with layout and this time I have let the poem breathe more. It can be illuminating to play with layout. I think you have to live with a poem for some time before it reveals its true shape.
This next poem wrote itself. It is what I would call a character poem, rather than a poem based on experience. 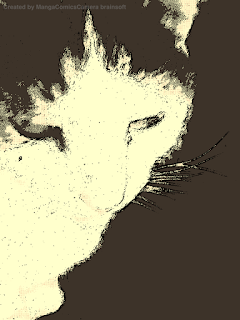 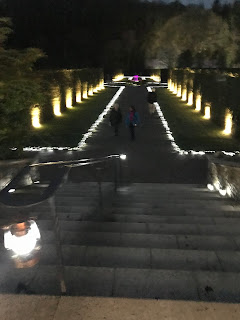 It came as a series of images that I wrote down and linked later. Then I left it undisturbed for a couple of months. It is not yet complete.
This week I have been listening to lots of jazz. I think that could be my default setting these days, but here is something different.
I've long been a fan of Traffic and I've just found this video of Steve Winwood from 2012.