COULD HE RETURN THE ROSES? Yes, these are lilies not roses. So close but not cigar.

This poem grew from a simple idea, a man wanting to propose to his girlfriend while a whole string section played on in the background. The poem wrote itself.


the price was beyond him so he maxed out his plastic

on a string quartet from the local music college instead


she told him they were history and this was typical

him lost in the grand gesture unable to see her needs


this could have been a blessing


for her eyes were on the cellist


they left together in a taxi for her place

perhaps the florist would refund him under the circumstances 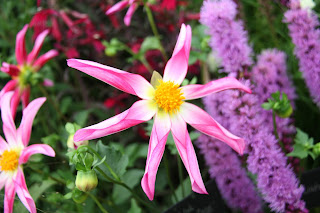 I did not want the main character to have an easy time but such a grand gesture seemed to lend itself to failure.

The Secrets aided the layout, thank you. Its always a good idea to play about with the layout of a poem, you may stumble upon something better than you realised. 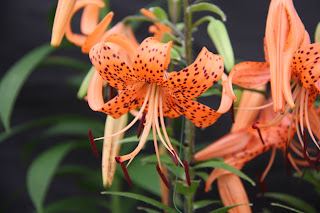 I have just come across Polyanna, a rather wonderful French singer-songwriter. You can listen to more of her music here.
I shall leave you with In The Snow.Until next time.
Posted by Paul Tobin at Friday, May 21, 2021