STAR SMASHERS of the UNIVERSE 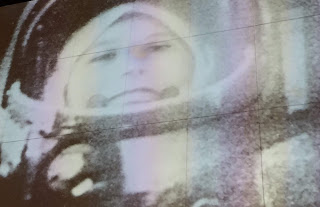 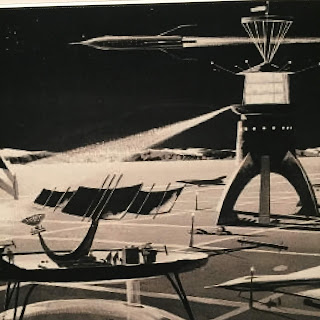 I talk a lot about how poems write themselves. I was thinking that the idea of a poem writing itself must sound impenetrable or like none sense to anyone who has not experienced the words falling into place effortlessly. It doesn't happen often but recently I have been having a run of such events.

This post's poem lived as the opening line buzzing around my head for about a week before I felt that I could write it down. In that time I think my subconscious had done the hard work of knitting various ideas and locations into a poem.

I am not claiming, and I hope I never have, that no revision is required, because that would not be true. 99.9% of my work has required revision and deliberation. That's what the job is about. Revision and reflection. 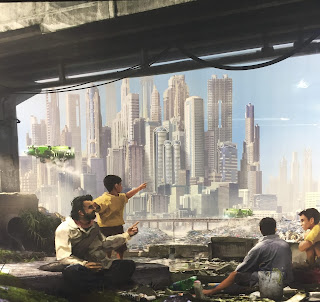 Star Smashers of the Universe

She was a character fleeing her book, maintained she was an afterthought added when the author had read a survey of successful fiction and realised he needed a strong female sidekick to cover all possible demographics.


He had saddled her with a scientific frame of mind because the survey maintained all female protagonists should have hard science backgrounds and buck the patriarchal norm to make them more appealing.

The machine he had lazily sketched to get his hero and newly female sidekick out of the corner he’d painted them into on page 61 had far more potential than he could ever comprehend...

But by page 83 she had perfected the device and figured out how to make her exit.

The first and only edition of Star Smashers of the Universe was almost pulped when the publishers discovered a migraine inducing pattern of letters on page 84.

On reflection they decided the reader would think it cutting edge, the hero having been drugged with a powerful alien hallucinogenic in the previous paragraph

and so the books were shipped across the country to an underwhelmed reading public.

Free of the author’s limited imagination, she set the controls for infinity

the hero, on the other hand, spent the rest of the story talking to himself, not that it mattered.

I met her out near Cassiopeia in a graphic I was flicking through, a full page frame of a drinking den on a space habitat, all 70s big NASA engineering,

She walked from one side of the bar to the other, winked at me and was lost among the merry makers. 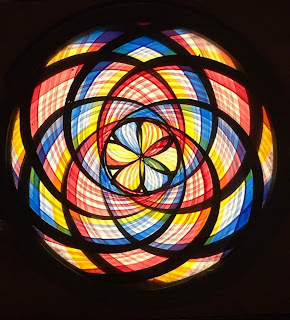 I like the idea of the character taking control and leaving a bad novel and wandering through different books.

I'm not sure the poem is complete. Watch this space for rewrites. 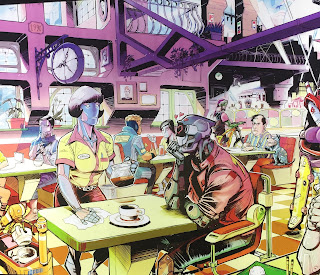 I think its got to be The Byrds. here's Mr Spaceman live [with Gene Clarke back in the band].


I had to include this version of 8 Miles High from 1970-superb.