FEAST ON THE LEFT OVERS 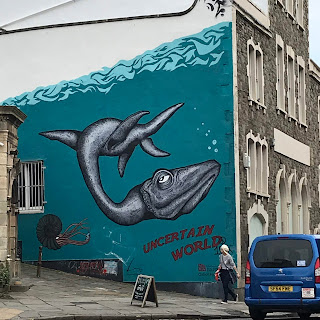 A recent poem I have been working on this week. Essentially it is a description of something I observed and the poem wrote itself.


Next to the surgery
which used to be someone’s home,
the bank [built in ‘31] missed out
on its century of service by fourteen years,
a digital casualty.
Note the sale boards have been removed
and the new signs proclaim wealth management.
But whose? I wonder this Sunday
after a Christmas Wednesday,
as I walk past the locked off parking spaces
where on public days like this one
the community used to park.

Their bin overflows and the gulls
have had their own wing-ding,
bursting the black plastic sacks.
Now the remains of their office party
clutters the pavement.
A young greyling gull sidles up,
optimistic, to glean whatever is left.
I want to tell it not to bother,
that the wealthy don’t leave rich pickings,
but the bird is too young to know
that no meal is ever free,
then I realise this is all our futures. 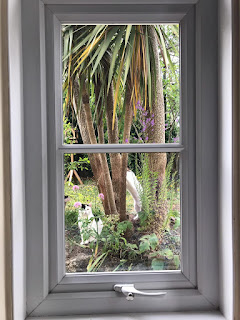 Pretty bleak eh?
The world is changing, communities are under pressure, the ease of the digital is transforming our high streets. We live on line and the fabric of our shared spaces suffers.
As I say the poem wrote itself and all I worried over was the conclusion. Show not tell to the forefront. 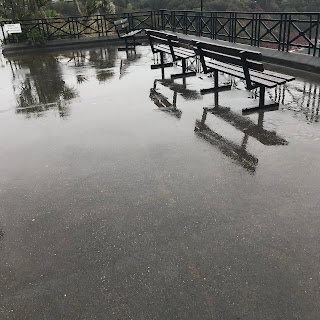 Here's Barclay James Harvest, a band I saw a number of times in the mid-70s. This is Gladriel apparently on this, the original recording, John Lees plays the Epiphone Casio guitar that John Lennon played on the concert on the roof - The Beatles final live performance.
Anyway it's a lovely song in its own right.


Here is Titles, I'll let you work out who it is a homage to.