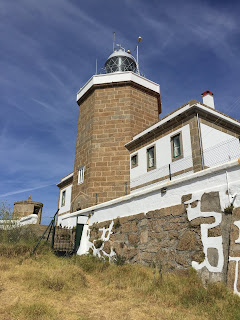 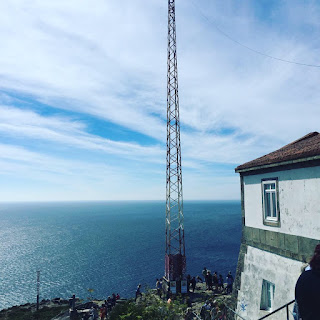 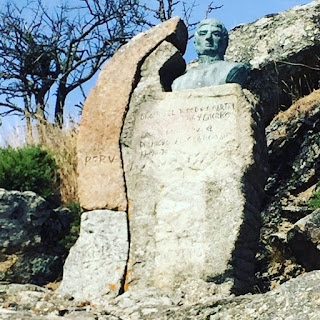 The graffiti on the left hand side of this monument made me laugh.
I was listening to Midlake the other and realised that it is seven years this month since I saw them at End of The Road.
They are sorely missed, especially Tim Smith.
Until next time.
Posted by Paul Tobin at Friday, September 28, 2018 No comments: 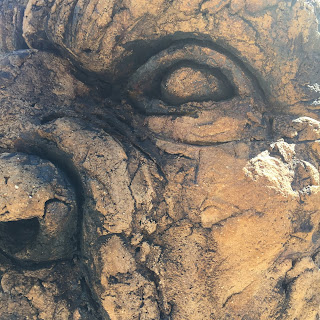 I was in an airport last week flying to Madrid. Airports, these days, are non-smoking zones-thankfully. As I was sat having a drink my eye was caught by the furtive actions of a man at a nearby table. He was vaping from an e-cigarette.
He inspired this poem.


In the Airport Bar

his furtive eyes alert me
to his transgression

exhaling is more problematic
a shallow breath of steam

iron hand on their necks
for now 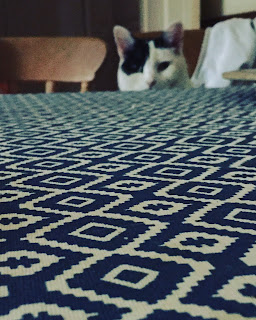 People watching can be lead to some interesting poems.
Here is a revision. Thanks to the Secret Poets for their constructive feedback.

Given the economies
of supermarket squash
and the cheapest of vodkas,
it had always been
how much could he drink,
in the shortest amount of time,
to keep ahead of blacking out,
to avoid the grey dawns
when monochromatic migraine
immobilised him in a space
where he could do nothing
but relive it all over again.

I met him in the fragile truce of sobriety
he called his jigsaw days.
He placed his pieces
into shapes that just might work,
into patterns that had eluded him on the drink.
Some events, he confided, never end,
so you have to find different ways of getting on with it. 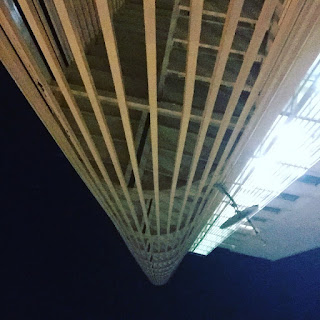 You can read the first version here.
What has gone is the tongue twisting description of the hangover. Though to be honest I have read the poem at a number of events and I managed to deliver them without slipping up. But less is definitely more.
If you can find a group or a person you trust to offer constructive feedback you work will improve immeasurably.
I played Fairport Convention's second album recently, it's an old favourite, here's Book Song.
Until next time.
Posted by Paul Tobin at Friday, September 21, 2018 No comments: 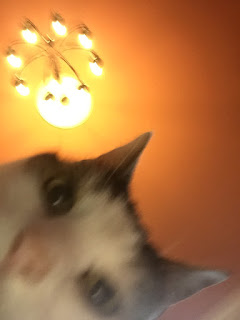 I am unsure about this post's poem. I suspect it may need more editing. However I feel that now is the time to unveil it. Conflicting perspectives.
The poem arose from an exercise I set myself; to write about a once familiar room, to focus initially on the fabric of the room and let the centre be peopled as and when.


A familiar space.
Painted polystyrene ceiling tiles,
the unforgiving light from a fluorescent tube
that emphasises the carpet’s swirling colours
forever locked in a garish conversation
with the bright, busy wallpaper.

These days, this room
seems to stoop, like you.
A contraction that mirrors the years I have spent
living with a calm predictability
in places where the walls merely whisper.

Every time I enter this room
the bulge in the floor is more pronounced
and catching my eye, you always say
Whoever lives here after me can mend it.

Sat there watching reruns of cookery on tv
I wonder if this is how a mountain begins,
those first tentative probings before
the fault line suddenly fractures in cathartic release
and half of the house is either side
of this new, stupendous great divide.

Perhaps the carpet is pregnant, near full term,
about to give birth to something
patterned with swirls and flowers?
Then again maybe not.
The cookery programme unfolds,
an enthusiastic presenter in a pretend kitchen. 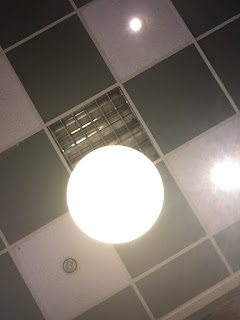 I think it needs to go away for a time, distance may grant insight.
I end this post with Anna Ternheim and Lars Winnerback singing Little Lies.

Until next time.
Posted by Paul Tobin at Friday, September 14, 2018 No comments:

THE GIFT OF DODOS 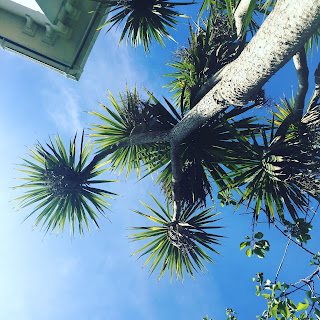 I recently read Peter Fankopan's History of The Silk Road. It was an interesting history book. One aside that caught my imagination concerned a European ambassador being sent to make a treaty with a Sultan and the presents brought possibly included a gift of dodos. This struck me as a really powerful image. Over a couple of weeks I produced this poem.


The Gift of Dodos

was an after thought,
a knee jerk reaction,
on the part of the Captain
when the ambassador informed him
of the Sultan’s jewelled throne,
with peacocks free to strut about the palace,
more beloved than all the tax payers
who matched his weight in silver
every birthday weigh-in.

On the shore a disdainful dodo scowled,
wised up to the hazards sailors presented,
and when the mood came upon them
they could run like the wind.
Our day’s labours netted seven maudlin specimens.

Then the cook declared the hen bird the cleverer,
asserting we had caught a muttering of males,
easily hoodwinked, far more stupid.
He had been here before, in 1599 and again in 04
and was well versed in their culinary possibilities.

With an eye to the weather,
the Captain decided that they would have to do,
ordered them below, well away from the chickens.
Seven sour faced fowls, seasick the whole voyage.

By the time the pilot took us in to harbour
I had scrubbed the last one clean,
scorn writ large on it’s face,
too dispirited, by this point,
to even attempt to bite me.

We herded them through the streets.
Locals stopped to watch
their unsteady sea leg progress.

Needless to say the Sultan was unimpressed
with the fractious dodos chasing his peacocks,
fouling his fountains and crying.
A keening lament for their lost freedom. 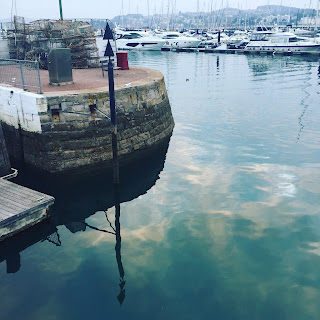 It is of course totally fictitious. The poem wrote itself.
At times the best strategy is just to write, with your critical self silenced and sort it out once the ideas are on paper.
Late the other night I was listening to Iron and Wine. Here's Boy With A Coin.

Until next time.
Posted by Paul Tobin at Friday, September 07, 2018 No comments: