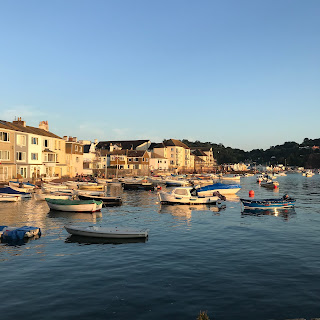 Here's a revised poem with thanks to the Secret Poets for their invaluable input. Discussing your poems with others is always illuminating. You can read the last version here.

My meeting with the Stasi

he had the time,

as the coffee grew cold,

to reimagine the interaction,

He would never talk of it,

or let himself dwell on his actions.

Until the next time they came calling. 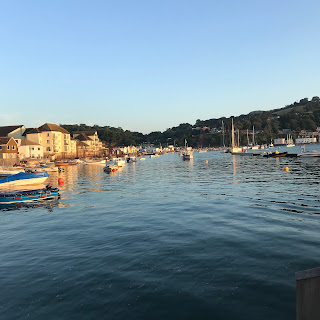 I think the poem is now even more concise and effective.
The use of the line break also adds something.
I have been writing a series of poems based on a friends memories of water. She wants to undertake a series of illustrations and asked me to contribute words. This is about her learning to swim in the 1960s on a military base.
Aldershot Command Pool

one size fits all

it is you who must make adjustments

as eyes smart from that smell

then the obligatory baptismal foot bath

water so cold it shocks your soles

and almost as an after thought

a rectangle of water

the pool could be a jelly mould

you climb the metal ladder

and bob your head under

water in your ears and nose

one fifth your weight

with eyes that stream

the smell has colonised your skin

and accompanies you the rest of the day 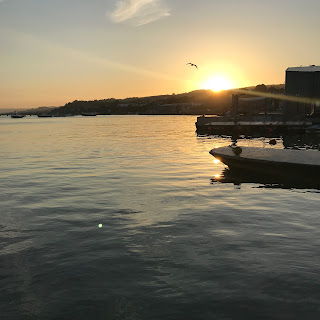 It is a work in progress.
Here is Liz Lawrence. She has a new album out.
Until next time.
Posted by Paul Tobin at Friday, June 26, 2020 No comments:

AS THE COFFEE GREW COLD 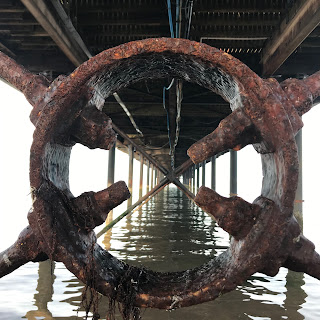 A poem about betrayal that popped into my head unbidden. I had been reading a novel that was billed as being a worthy successor to le Carre. I did not think it was but it seems to have prompted this poem.

My meeting with the Stasi

he had the time,

as the coffee grew cold,

to re-imagine the interaction,

not that he would ever talk of it,

or even let himself dwell on his actions,

until the next time they came calling. 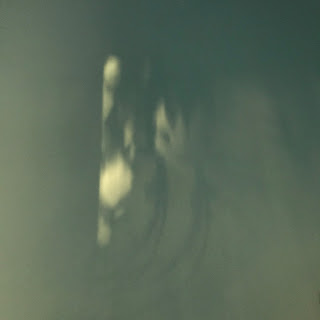 I was interested in how people live with their betrayal. How they manage to go about their daily lives. Does it require some kind of double think?
This next poem is self explanatory.

early this morning at the allotment

for the umpteenth time

at the bottom of the white

I turn the tub on its side

and I had thought the real reason I had got up early was to water... 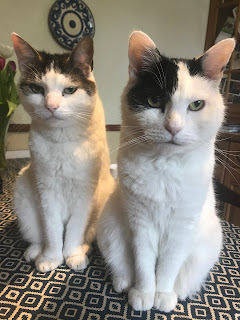 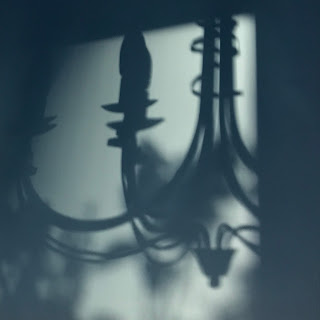 If the lockdown has changed one aspect of my behaviour it is that I am meeting more frequently, via Zoom, with the Secret Poets. At present we are meeting every two weeks. Thanks to them for helping to shape this week's new poem.

It got boring after a while

I had assumed I was good at finding

but when I stopped in the woods

I had no idea where he was.

Then you came up shouting,

asking if I had found him

because, by God, you had not.

smug in his tradecraft.

The next time he took me with him

and I watched you look for us

in all the wrong places. 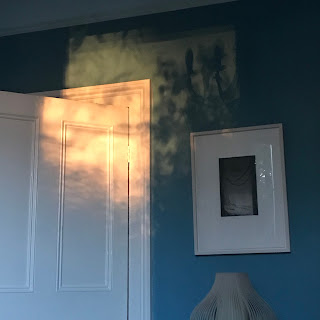 The original looked liked this:

It got boring after a while

I had assumed I was good at finding

seeking out, tracking down,

but when I stopped in the woods

I had no idea where he was.

Then you came up shouting,

asking if I had found him

because, by God, you had not.

smug in his trade craft.

The next time he took me with him

and I watched you look for us

in all the wrong places. 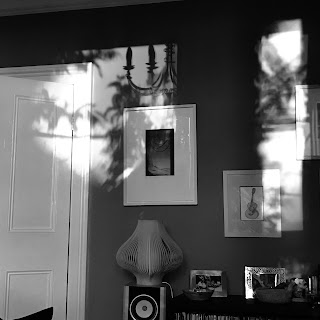 We debated only a couple of points: the redundancy of the third line and the phrase tradecraft. Tradecraft refers to the techniques spies use, dead drops, encryption and the art of hiding in plain sight. I like the term, and as it is relevant to the poem, it stayed.

This poem has altered only in title.

man in an impersonal space

and that mirror, too long by far

the bed that has followed him from house to house

the wardrobe arrived with his wife

he never liked it

the carpet will go

along with the wallpaper

the wipeable whiteboard behind his head

is for your comments

and wash your hands before and after use 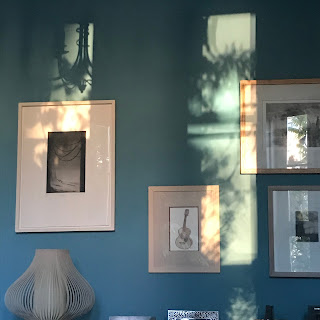 Here is the other Nirvana. 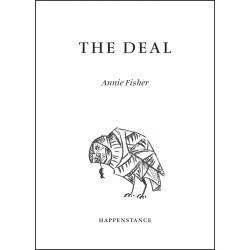 Annie Fisher is well known in the south west of England for her wondrous readings. Her work has been published in many magazines and anthologies. Annie has such a light touch and wry humour that it is possible on first reading to miss the serious nature of the poems, but never her humanity.
The Deal is her second book and you can buy a copy here and her first volume here.
But enough from me.

Tell us about the new book.

It’s a pamphlet called The Deal, my second publication with the excellent HappenStance, press, run by Helena (Nell) Nelson. Nell is the most supportive and special of editors as anyone who has worked with her will agree. She absolutely knows her stuff and has incredible energy and dedication; I feel really lucky to have been published by her.

My first pamphlet was published in 2016 and was called Infinite In All Perfections. That pamphlet had no core theme, although it drew quite a bit on my Catholic childhood and my experiences as a teacher. Some of the poems were funny and some were lightly serious.

The new pamphlet is a bit more serious, and the central theme is fear. I have our mutual friend, Chrissie Banks, to thank for spotting this theme in a number of my poems and for suggesting they could form a collection that might resonate because of the anxiety that many people are feeling at the moment.

The working title for the pamphlet was Scaredy Pants, which Nell and I liked because it’s different. However, we decided it was maybe too humorous, and might sound more like a collection for children. (I also write poems for children.) So Nell suggested The Deal which is the title of one of the poems— it’s about doing a deal with God at a time of personal crisis.

The cover illustration shows a Picasso-style owl with a mouse dangling from its beak. This relates to a poem called Picasso’s Owl, about a pet owl Picasso kept for several years. Picasso had, since childhood, a great fear of death, and owls are sometimes seen as symbols of death. He painted it many times, perhaps as a way of confronting his fear. 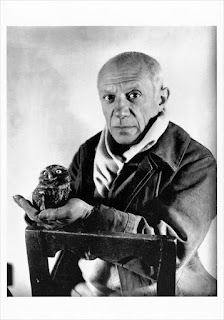 But there are funny poems in The Deal as well, including one about an encounter, on a train, with a hen party and a lobster that turns into Donald Trump!

What was the first poem you wrote?

I remember it vividly! I was nine and I wrote it at home, just for the fun of it. It was called ‘Sunset’:

The sun is sinking in the west

In all its golden splendour.

The little flowers have gone to rest

To hide their parts so tender.

My dad seemed to find the poem funny, for reasons I couldn’t understand, but my mum didn’t laugh. I’m quite proud of it as a first poem. And I still think ‘splendour’ is a splendid word! 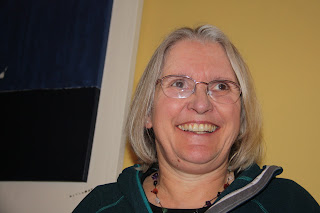 A book-length collection one day. The working title is Missing the Man Next Door, but I won’t say more at this stage.

If you were interviewing yourself what question would you ask?

I’d probably ask about how I go about writing my poems because I’m intrigued by the whole process. I wouldn’t be able to answer the question of course!

Music. Someone said that all art aspires to the condition of music, and it does seem to me to be the purest art form. Poetry comes close though.

RS Thomas said that religion and poetry are the same thing. I think that’s right— it’s all metaphor. I was very religious as a child, and still have an essentially religious temperament. Buddhism attracts me, but I’m not a card-carrying member of any group. I think poetry is my religion these days.

It depends on the poem, I guess— a smile, a chuckle, a nod, a tear…. a connection.

Tell us a joke

What do you call a baby fountain pen?

…..it’s a good joke for poets I think. We spend our lives chasing inklings!

My two grandchildren—love them more than life itself. Just do.

Does creativity involve putting your heart and soul into your work or do you let your mind run free and see where it leads you?

Yes, all of that! It’s a great adventure.

Have you ever doubted your talent?

Annie is published by HappenStance Press. 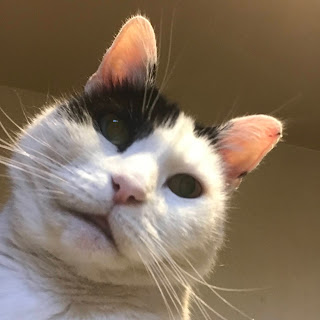 My cat Ellington died on Tuesday, he was a gentle soul.
I know in this world at this time many people are dying, carried away by virus or violence. Do not think I do not mourn their loss. I do and the inequality in access to resources that cause their deaths.
Every death reduces me.
Here is a poem for Ellington.


He will be missed. 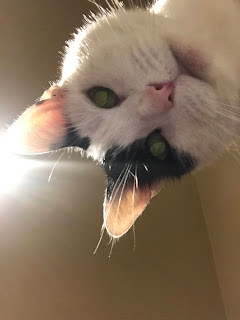 On Monday I participated in a Zoom poetry workshop organised by Happenstance. It was based on poems from The Deal, the latest book by Annie Fisher.
I use the guest bedroom as an office. We have not gotten around to redecorating it yet. It is on the list after the dinning room. It is the only room in the house with wall paper.
One of the prompts in the workshop was to write about a space you knew.
I produced this:


the title of this room is: man in an impersonal space

note the wall paper, never his choice
and that mirror, too long by far
the bed that has followed him from house to house
the wardrobe arrived with his wife
he never liked it
the carpet will go
along with the wallpaper
one day 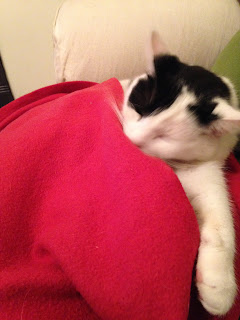