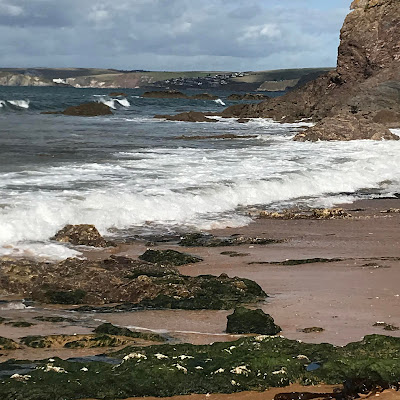 I recently participated in a Zoom poetry workshop with the Secret Poets. I came away with these two poems.
the sea strand

I could never piece together

and here comes the sea

to chaos any illusion of order 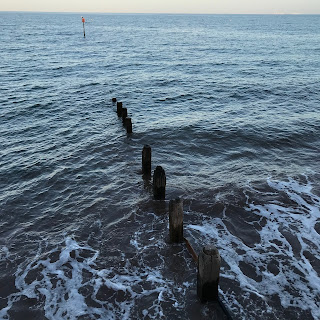 I often walk on the beach at Oddicombe and imagine all the grains of sand rubbing along next to each other. I suppose if the poem is about anything it is our human desire to give the world an order we understand. If only we could... 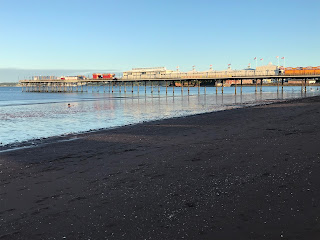 This second poem relates to the bedroom I work in. I had just finished painting it when we did the workshop and one exercise set me thinking about the items in the room. I'm not sure what the American term for cling-film is, I've looked it up and it appears plastic wrap is the word.
notes from a nearly decorated bedroom

the cling-film sighs, resigned as it is to wrapping brushes

and so back to the staid darkness of the kitchen drawer

the walls try out this new colour

uncertain, but with no choice

the wardrobe, the chest of drawers

and this table I write on, will welcome the quiet 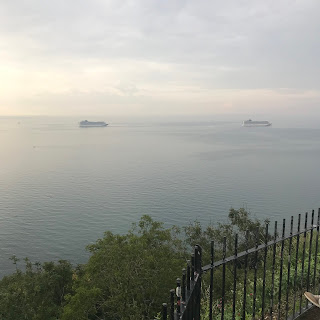 Here's a band from the late 60s Blonde On Blonde with Castles In The Sky.
Here's Chorale.
There's appears to be, in the words of Carl Rogers [and his brother Roy], a bit of conditional positive regard going on in the song.
Until next time.
Posted by Paul Tobin at Friday, November 27, 2020 No comments: 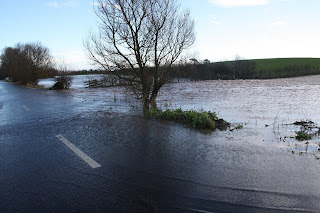 Just before this second lockdown we went to Wedmore for the night. Wedmore is on the edge of the Somerset Levels, a particularly flat area, close to sea level.
When I lived in Somerset I was always conscious that, not so long ago, this whole area had been tidal marsh.
I think it was this that sparked the poem.
Auger

its nearly the end of the world

we wait in the flat lands

word may come in days, or weeks, or never

that the water will return is certain

once all this was not ours

but living memory is too short a span

we think we know, we do not

but the eels remember

as they slither through the wicker traps

what was once, and will be again 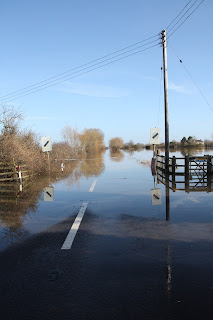 The end of the world reference could have been to the coming lockdown or the American elections. In a way it doesn't matter. I'm not sure how I chanced upon the eels, I've used them before as an image for something that is hard to catch. Still two poems in six years hardly is a theme. 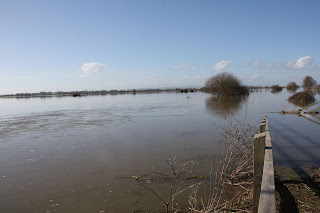 I suppose the song should continue the water image.
Here's Spirogyra [the English freak folk band not the US jazz funk combo].
And this is The Wreck of the Hesperus by Procul Harum.
Until next time.
Posted by Paul Tobin at Friday, November 20, 2020 2 comments: 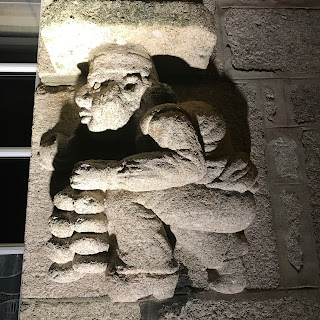 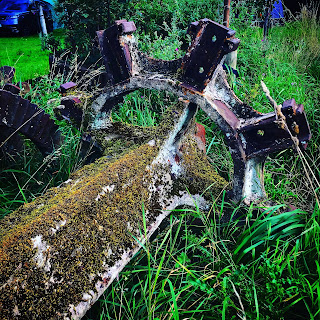 Here's the album.Until next time.
Posted by Paul Tobin at Friday, November 13, 2020 No comments: 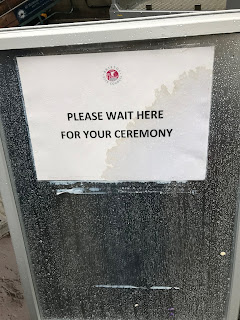 In the world in which we are living is just getting crazier. Hopefully the Mad Emperor Across the Water will be stopped and our own bunch of clowns given their marching orders sooner rather than later. I just want to say my thoughts are with you all in America.

I  was in Bristol last Saturday. I had been to Flow, a superb vegan restaurant the previous evening. This sign outside the Registry Office caught my eye.

PLEASE WAIT HERE FOR YOUR CEREMONY

The last Saturday before the second lockdown

The woman in the deep violet suit

is telling her father:

I’m not nervous at all, isn’t that strange?

The group of six huddle

as winds blow through the city

Tomorrow you will phone

tell me your wedding is off

death by a thousand regulation changes

Here for the ceremony queue the rain has returned,

the bride, the groom and their chosen four

run for any sort of shelter they can find 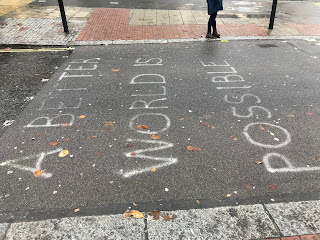 The penultimate stanza refers to a friend's wedding plans that have been scuppered by the pandemic.

This is the poem I was going to run this post.

Cheap Fireworks in the Rain

I left my family for this? he mutters.

He has already told me

this is a new start.

That he’s drawing a line under

and has taken the opportunity

to study English in England.

So here he is in Totnes

observing us natives celebrate the anniversary

of the putting to death of some Catholic.

It is a Sunday.

The kind of rains that soaks through

and there we are all outside

with the cheapest packet of fireworks

glumly igniting each one in turn.

And you do this every year? he asks

I’ve been trying to light for the last two minutes

and very nearly takes my eye out.

And is it always so bleak? 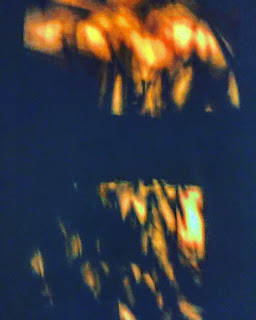 The story is about as true as any poem I write. It the event is Bonfire Night, a traditional celebration of the fact that Guy Fawkes did not blow up Parliament.
I leave you today with Paul Simon singing American Tune. Who would have thought there could ever be a worse President than Nixon?
Until next time.
Posted by Paul Tobin at Friday, November 06, 2020 No comments: