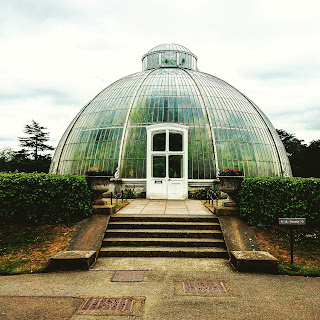 I ran a workshop on Wednesday evening for Juncture 25. I organise one a month, it helps us keep our poetry chops honed. But this time I ran on to the rocks of artifice. Essentially I became so wedded to a conceit that my poem floundered. This is definitely a danger for me, and I suspect many other poets. I can lose my way trying too hard to work a theme into a poem. In this case I wanted to weave the colours of the rainbow throughout the poem and I stopped listening to my poetic sense and became all rigid left brain ordering. So what should have been a subtle pattern ended up dominating the poem and, as I say, stopped me listening to where the poem wanted to go.
You will be relieved I am not sharing that particular disaster. 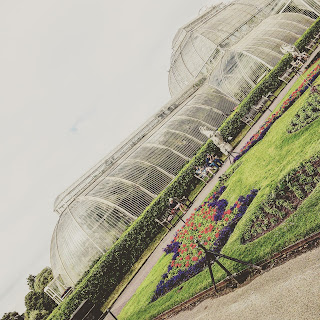 Instead this first poem grew out of a conversation I had with Richard Holt at CIC CIC here in Taunton. We were talking how politics can be an end in itself, politicians become too concerned with keeping all the plates in the air that they forget that there are more ways of doing things, or even that there are more rooms than the one they want us to live in.
I was just thinking that this would make a good poem as Richard said that there was a painting in the metaphor. I have beaten him to it.

They would have you believe this room is the centre,
and the activity in the middle essential for all our well being.
While you may be invited to admire an individuals skill,
you must not question why the plates have to be kept spinning.
There is combat here, bare knuckled words
exchanged between the groups who vie to work the poles,
but if it is expedient they will expect you
to die to keep the plates in the air.

Maybe this is too crude for you?
How about the double bluff?
The Eloi still rule the poor Morlocks,
it only looks like sacrifice,
it's their ball and their rules.
We may be at the precipice
but there is still a profit to be made from the dying earth.

They would have you believe this room is the centre.
But in my father's house are many mansions,
if it were not so, I would have told you. 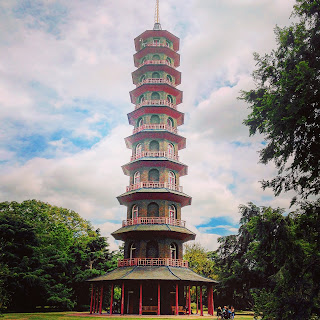 I shall leave you to judge how well I have captured the idea.
But I shall mention the photographs. I have always been fascinated by H.G. Wells' The Time Machine. You can read another poem here. The world that the Time Traveller finds himself in has, amongst other things, a strange glass/ceramic museum and a pagoda in it. There are two types of humans, the Eloi [all vacuous fun] and the Morlocks [the debased proletariat, who harvest the Eloi]. Wells had his own take on the future to promote, but my sympathies have always been with the Morlocks.
The word mansion also crops up in this next poem. I once knew a man who was in a position very similar to that which the poem describes.

He is a mansion, as are we all.

Over creeping time,
he has closed each room,
thrown dust sheets over emotions,
backed away from what he once could feel.

He exists in his attic.
He has opened the trunks that hold his memories,
subjects each to the harsh prism of his guilt,
twisting each recollection until it screams. 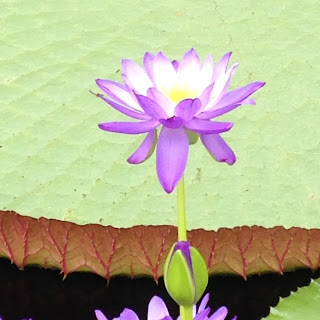 I had been eagerly waiting for the new Beirut lp to be released and I have to say I do not get it. Whereas Rip Tide was a beautiful album of strong tunes and excellent lyrics NO No No seems to be a collection of demos. Best to avoid I think...
Here are Hooray For The Riff Raff in concert.

Email ThisBlogThis!Share to TwitterShare to FacebookShare to Pinterest
Labels: hurray for the riff raff, poem 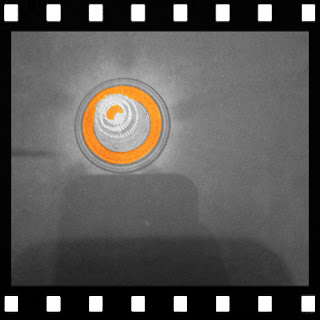 OK, I seem unable to match the title and the photographs.
Here is a recent poem I wrote quite quickly. I spent time on trying to even up the stanzas and to balance the whole piece.


Celebrate the majestic moon, how it hangs over us,
forever the oceans will move under its gaze.

Celebrate the moon seen through the trees,
now the whole world is silver familiar.

Celebrate the moon as geese fly across its face,
and we fall towards winter once again.

Celebrate the moon, as cold as the fluorescent snow
under which the living land slumbers.

Celebrate the moon each time you glimpse it,
for without the moon you would not be here. 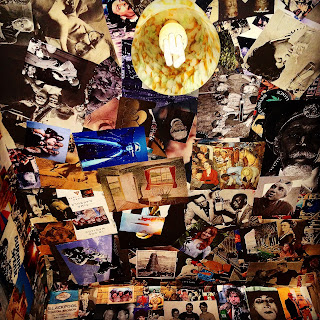 It's another praise poem. I wanted the poem to celebrate the beauty of nature and felt it needed to be brief to keep the attention of the reader. I read, somewhere, that the tidal pull of the moon encouraged life to evolve on the earth. 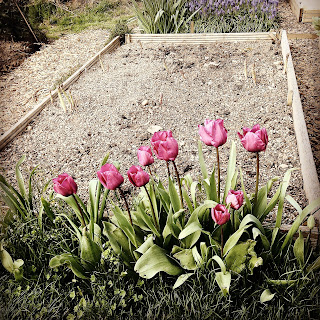 The next poem again is a short impressionistic piece. To be honest i have no idea where it came from. I must have been influenced by the amount of apocalyptic reggae I listen to.

the house is on fire
what will you save?

listen to the flames
how they crackle and laugh
what will you save? 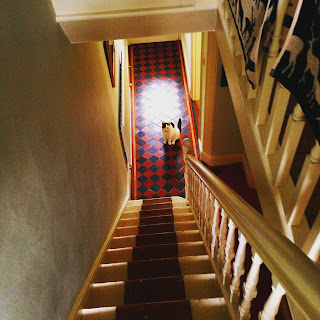 I am going to leave you with Gibraltar from the new Beirut lp.

Email ThisBlogThis!Share to TwitterShare to FacebookShare to Pinterest
Labels: beirut, give thanks, poem

BEYOND FROME TO THE SEA 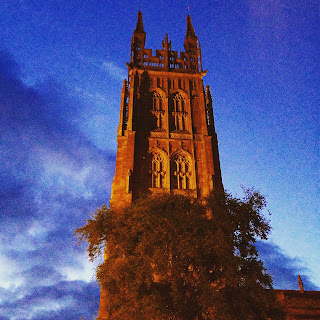 As MsMariah [of Spaceblogyesy fame] commented on the last post, when we come to revise a piece of work our perspective has changed. We may turn it into something very different.
I am presenting to you the finished version of a poem you may have read here or here.

We are at table and there are statistics.
One of our number informs us:
the average academic paper is read by ten people.
I crowed how many visits my blog receives,
I should have been embarrassed.

My friend has worked in China for the past year.
This meal a celebration of his return,
and he interjects, Mao, he was told many times,
had been seventy percent right, thirty percent wrong.

It is better to admit your hero has feet of clay,
to divert attention from famine,
the social dislocation of Mao's final years,
and all those ghosts.
The ones that now stand round this table.
So many in fact that they form an orderly queue
down Catherine Hill and beyond Frome to the sea.

We briefly discuss these percentages,
then the talk returns to
the aubergine pamigiana we are enjoying,
the jazz band we going to watch
that we can't remember the name of.

We rise to leave, and find we must
shoulder our way through the ghosts.
Though they do not follow,
I feel their eyes on my back
all the way down the street. 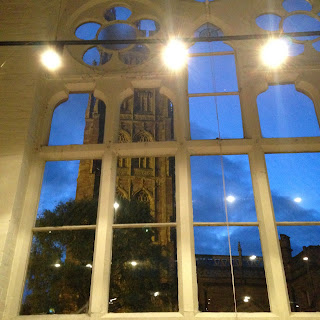 Thanks must go the the Secret Poets for helping me finally get it into shape.
So what has changed?
Well one of my favourite lines has been removed:
Not the obvious count of knife and fork and spoon.
It is a case of expediency, for the poem to work the line had to go. Watch this space to see where it turns up again.
Chrissy Banks observed that much of what had been the first stanza was my run up to the poem itself- so that had to go.
Interestingly it was felt that the dish we were eating should be named as should the band we were going to see. Unfortunately I never knew their name.
Also more line breaks, shorter stanzas make the poem more effective.I'd be interested to know your thoughts. 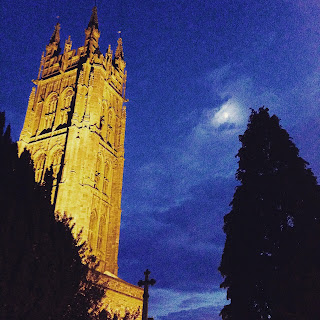 By the way the photographs are of Mary Magdeline in Taunton. None are of Frome.
Here is a new poem.

I decided to walk through your city

the cobblestones betray no vibration
why should they?
you have been dead so long

The allusion to the seeds we sow in the minds of others is from Carlos Castaneda via Jackson Browne's For A Dancer.
I feel that I have to end on with No Time For Love/If They Come In The Morning. It is for all the ghosts all around the world.

THE DANGEROUS MAN SPEAKS IN METAPHORS 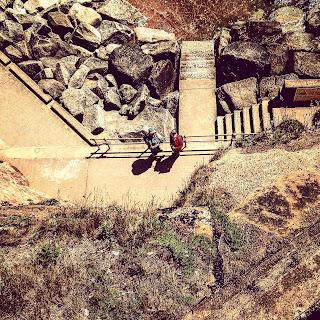 A rewrite today. You can look at the previous version here.
I was not happy with the first drafts prose style. I felt it needed to be show more and say less.

Those very fishermen who yearn for the river's riches,
as if their bounty was not enough.
The dangerous man speaks in metaphors:
This is how to sift a river's riches:
start at it's mouth;
your wooden trawl a French kiss,
all rooting tongue that spares no secret.
Dam the high narrows upstream,
deny passage to life returning from the sea.
Only think of water as power.

There is profit in his words
-but not for you or yours.
Once the river has been strip searched,
its bed disturbed and left unmade,
there will be nothing.
We, the few who remain,
plumb the dirty stream in search of anything. 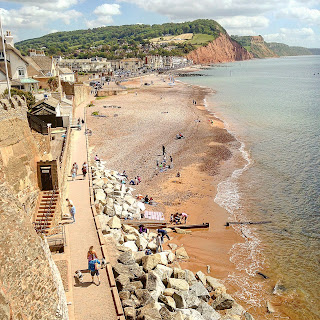 Does it work for you?
This second poem I wrote this week. The idea came from the phrase the river returned. I think the idea had come from watching a history programme about a vanished city from prehistory that is thought to have been made uninhabitable following an earthquake that rerouted a river through its centre.

Stronger than ever the river returned,
to rage through my city.
She had gone to the market to buy cloth,
then white horses break on the walls.
Water beats clay brick.
We could not staunch its flow,
so looked to the priests for reason,
then questioned their inevitable response,
that places sin ahead of geography.
Sunken mosaics silt over, await rediscovery.
My hearth will now never spark into flame,
nor will my heart.
I shoulder my bundle, walk towards the mountains. 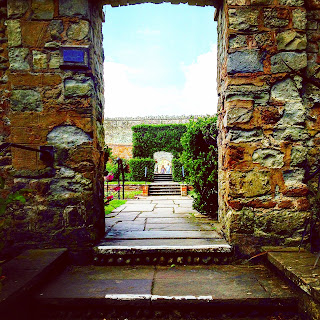 You could argue that the narrator would not know that the river had returned, to him it would have been this catastrophe but I like the phrase. Time to leave it in the drawer for a while.
I leave you with Beth Porter & The Availables singing Salty Water.