LIFE ON THE OCEAN 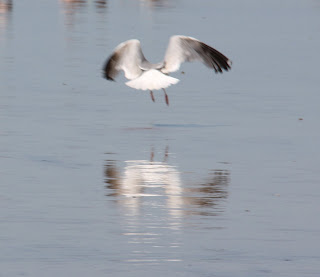 I  don't know why this poem has lingered in the shadows for as long as it has. I wrote it after going to Lisbon last year and it lay in the pages of a notebook for far too long. Always a good idea to check through notebooks on a weekly basis.

Once more
the water called to him
to renew their pact;
a life on the ocean,
beyond the horizon,
past the smudge of land and dust.

It was a repeating dream:
The Lisbon waterfront,
early in the dawn,
he walks to the cathedral,
gives thanks for his son’s birth
after the great earthquake.

If he does not heed the salt water’s song
he will not visit that city
until he is past thirty.
Catching first sight of the cathedral,
an echo, nothing more,
soon replaced by stone and mortar.

Few of us make the right choice. 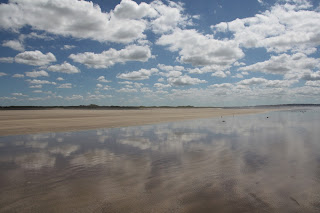 I make reference to the Great Earthquake of 1755. At this moment in time I am not sure the poem needs it but I wanted to emphasise the idea of reincarnation. Though this may be served well enough in the first stanza.
The idea for the poem came from the notion that perhaps some contracts/relationships stretch over several life times. 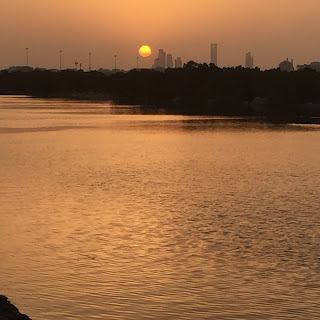 Sadly I missed Brooke Sharkey on Saturday when she played Exeter. Here's a video as recompense.
Until next time.
Posted by Paul Tobin at Friday, April 27, 2018 No comments: 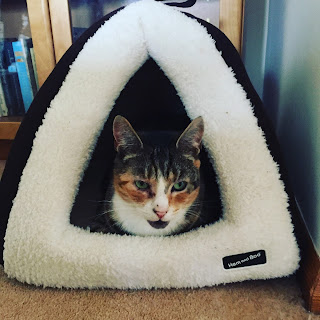 A couple of poems I wrote in Australia while sitting on trams.
I am an habitual people watcher and the discipline of writing what you see can lead to some interesting results. I tend to use reality as a starting point and let the words take me where they will.

1.
Surrounded by the familiar,
dashboard, rear view mirror,
a steering wheel to add percussion,
she waits to turn left in her little silver car.

She sings along to the sound system,
full volume,
full expression,
and with hand movements.

I’m on the tram, watching,
sat next to a man with a beard.
We are as far apart
as the limited space permits.

There is little chance we shall follow her example
and burst forth in two part harmony.

2.
In a grip like a hydraulic car crusher
she breaks the book’s spine.
I can almost hear the words plead for mercy,
then count the seconds between
her hand slapping the pages over,
each devoured in seconds.
Does she speed read?
Is this how she approaches life
as a thing to be subdued?
She dog ears the page,
exits the tram,
to take her place in the arena. 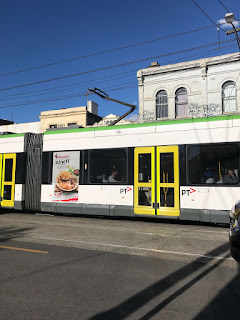 I don't have much to say about either poem. They are flights of fancy whilst sitting on the tram.
Since my return I have been working on a number of ideas that I jotted down when away. Watch this space.
Here's some more Anna Ternheim.
And here's Holding On. The video is notable for the gawking, laughing people in the background.
Until next time.
Posted by Paul Tobin at Friday, April 20, 2018 No comments: 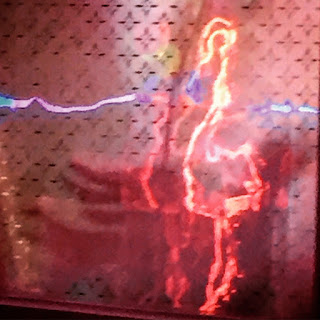 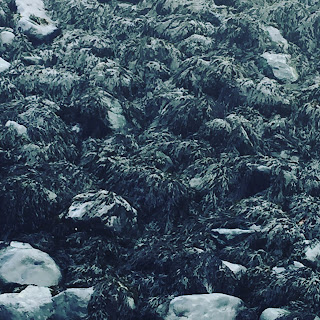 I only discovered on my return that Tom Rapp had died. Tom who? You might not know the name but for me in the middle to late 70's he was a life saver.
I have talked before about Pearls Before Swine and their 60's masterpiece Balaclava, but there was more to Tom Rapp than this lp.
Tom had founded PBS back in 1966 and made 2 lps for the ESP label. He received no financial remuneration for either record. He went on to produce a further 4 for Reprise. Among these gems was The Use of Ashes, one of the most beautiful songs you will ever hear. The City of Gold lp was a revelation to me, so beautiful, fragile and offering another worldly view of life. Needless to say I acquired my copies of these lps from bargain bins in the mid 70's.
The first music I heard by Tom was from his first solo album Stardancer, I think it is still one of my favourite lps.
I do not want to recite the facts of his life, you can read those anywhere, all of the links in this blog will take you to better written articles than this.
I however want to thank Tom Rapp for his songs and recordings. He brought illumination into my life and I give thanks for that.
This is Another Time, a song about reincarnation.
This is The Jeweller.
For The Dead In Space.
Prayers of Action. OK, this might be a tad over produced but it's still an amazing song.
Oh children don't you weep if the road is long, all of us are prayers of action, on our way to God...
Posted by Paul Tobin at Friday, April 13, 2018 No comments: 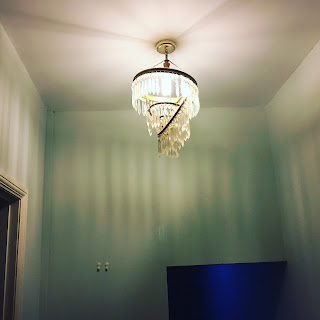 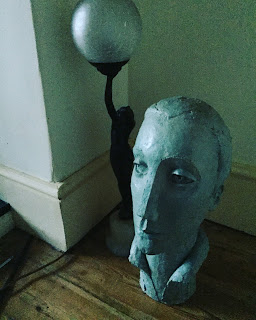 I'd be interested in what you make of it. I suppose it's watch this space for updates.
Here is a track of the upcoming album from the wondrous Ryley Walker. Please support this unique artist by buying his records and going to see him live.
You can download a concert from 2015 here for free.
Until the next time.
Posted by Paul Tobin at Friday, April 06, 2018 No comments: