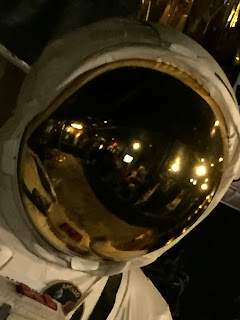 The idea for this post's poem came from a Ray Bradbury short story, Kaleidoscope.
It is about a group of astronauts falling towards a planet following the destruction of their spacecraft.


Poem
[with thanks to Ray Bradbury for Kaleidoscope]

where it is the world

that appears to turn

take in the textures

from the knitted black of space 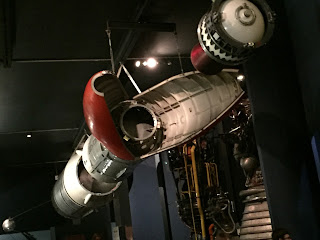 Layout is everything for certain poems. I wrote this one in a workshop and originally it was squeezed into about seven lines. By altering the spacing I think I have let the poem breathe.
It is always worthwhile playing about with shape and spacing as well as stanza length.
I leave you with Anna Ternheim. 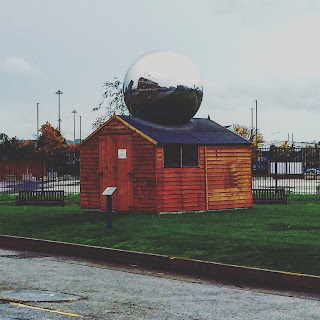 Another poem from the project I am involved in with an art class in Taunton. This poem is a response to a painting which was in turn inspired by Dream Fragment.
It is getting convoluted isn't it?

I sketched as she told me of her dream:
the cup of tea,
the stone faced fish,
the mulberry leaves set to fall...

my colours were chosen for her alone
but I know she will sigh
then speak slow words like these:
yours is a life lived without metaphor,
guileless you offer me your shoddy
as if it were a gift to give.
I could never love you.

At that point I will cry
then freeze those tears to use on some other woman. 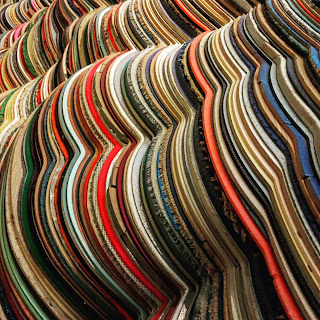 What I like about the poem is the idea of saving tears to use again. I have no idea where it came from though.
The word shoddy refers to wool and rag waste that was used to make cheap woollens. I just looked it up and apparently it is believed to be Yorkshire in origin. I wanted the narrators supposed gifts to be regarded as substandard.
I am not sure it is complete either. I suspect the dialogue needs tightening. Time will tell. It's going into a drawer now for a month or so.
Here's the wondrous Annabelle Chvostek Baby Sleep'Til Sturovo.

THE THEORY OF THE COULOMBS 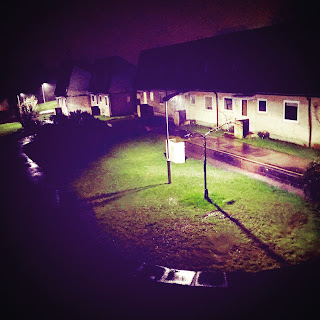 I know that the first thing you are expecting is for me to explain the theory or at least tell you what a Coulomb is. I honestly can't remember. The one [and only time] I ever discussed Coulombs before writing the poem was back in 1972. But you can find out all about Coulombs here and I hope you are more the wiser than I was when I looked at it.
Essentially it is something to do with electrical charge. I was supposed to have a basic understanding back in the day when I was an apprentice. The poem is as I remember the event.

He reduces electrical theory to
Sophia Loren on a bicycle
and all us students are Coulombs
chasing her inside the copper wire.
Obviously she's the attraction he declares,
and we are racing to catch her up.
Think of resistance as a steep hill,
we have to pedal faster
because we can't let her get away!

All his efforts are met with blank faces.
It is our fault. He decides we are dullards,
with no imaginations. 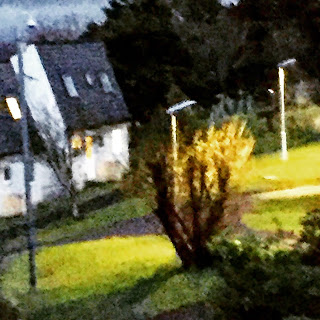 I am not sure that the poem needs the last stanza. I am leaning towards the decision to remove it. Less in poetry is always more. What do you think?
The poem came about because I was looking at a drawing of cyclists which stirred the memory from the subconscious silt in my head. 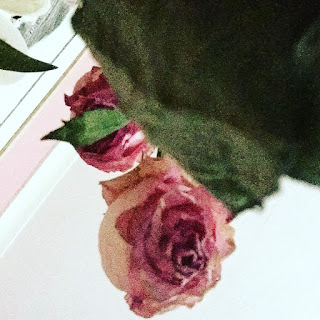 I've been listening to Judee Sill this week. I got the Live in London lp about 2 weeks ago and I can't decide if there has been a mistake in the transfer speed. It seems slightly too fast to my ears...
This made me return to her two lps. I bought the first one back in 1972 the week it came out, don't know why it just said buy me when I walked into the record shop.
It took me about two years to find the second lp as it was not promoted by the record company. But it was worth the wait.
Enjoy.
Posted by Paul Tobin at Friday, March 18, 2016 No comments: 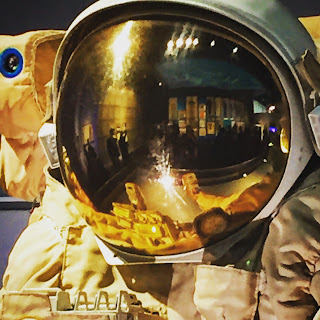 I have been engaged in a project with a local art class. They have drawn/painted pictures based on my poetry and along with the wondrous poets of Juncture 25 I have been responding by writing poems based on their art work. It has the potential to be a long project.
This post's poem is a [very] rough draft from this project.
There are a number of themes running through the poem. It is loosely based on a memory from my student days.
Also I was rereading an old 1960's science fiction book recently, All The Colours of Darkness by Lloyd Biggle Jr. which was set in the then future, the 1908's, which, of course, is our past. The world was more like the 1950's than the 80's. It was fun to revisit the book though. It set me thinking about all those past tomorrows that never came about.
This in turn led me to remember Karl's old  Zephyr Zodiac, not quite as cool as the big American cars with fins, but as near as the Britain got in the pre-Beatles early sober sixties.
I was also reminded of our shared passion for John Coltrane. The titles of two of his most famous lps are woven into the poem.

The urgency of Giant Steps spurs us up to Dartmoor,
driving toward A Love Supreme,
on the hunt for flying saucers,
with dreams of Adamski scout ships,
as cool as Coltrane is on this cassette.

We are on the moor, riffing off our dreams,
to see the earth from space,
chat with an alien, out there on a tor.
Or a cigar shaped mothership above us,
that would dampen all electric fields,
cause this battleship to halt.

Night descends. A clear, starry sky,
no strange lights,
we see no saucers.
Inside the car, mid note the music stops.
Tape ribbons in my hands,
then it's the death of jazz.

All the silent way home
we try to avoid blaming Trane
for its murder. 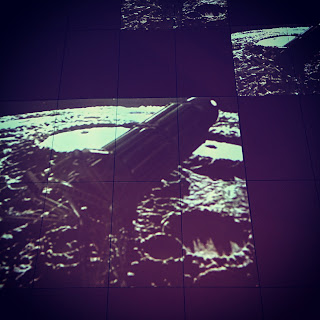 There is a perspective that the move towards free jazz killed it as a contemporary art form. I am not sure but thought it was an interesting way to end the poem.
I must leave you with the man himself from 1966.
Until the next time.
Posted by Paul Tobin at Friday, March 11, 2016 No comments: 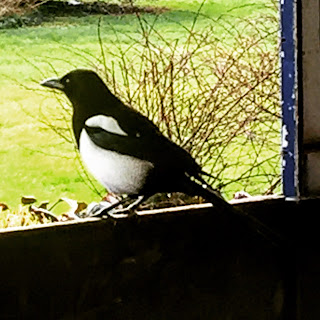 For many years now I have been attempting to get a half decent photograph of the magpies that rule the quad of the university where I work. On Monday I managed to take the photograph you see above.
For the next three days everywhere I looked where magpies. Hence this poem.

On Marjons highest point, a magpie
feels the need to reassert her power,
as I've just stolen her photograph.
She ensures she still owns the place,
and watches me cross the quad.

There will be a reckoning. 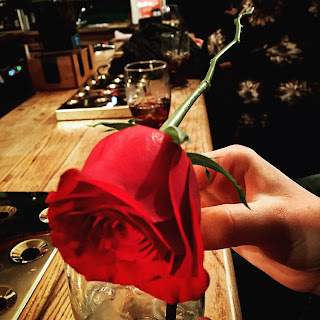 This next poem is part reportage. My sister and mother-in-law did indeed destroy lots of their photographs and these were of mountain views and vistas seen from hotel windows and balconies. After I wrote the poem I realised it spoke of the two different types of holidays they enjoyed, package holidays abroad versus walking holidays in Wales.

My sister rips up photographs,
views from hotel balconies.
No one will want these she tells me.
Two carrier bags brim with torn paper,
proof of her immaculate logic.
Clearing this house will take long enough.
I'm saving you a job.

My mother-in-law on the phone,
I call to see how widowhood suits today.
She has been culling the past too.
Boxes of mountain views are
consigned to the wood burning stove,
as brief, bright chemical flames.
Who will want all this scenery?
I have no answer. 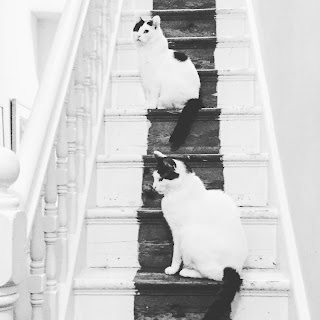 I'm not sure the either poem is quite there yet.
I've been listening to Anna Ternhiem a great deal this past seven days. Here are a couple of videos.