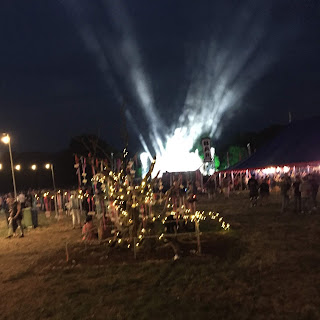 Two weekends ago I appeared at 2000 Trees with Emily McCoy and Gram Davies. This was the fifth year running we were asked to read. We are billed as Juncture 25 and nostalgia prevents us from changing our name. You may know that Juncture 25 was a group of poets that collaborated from 2011 to 2015.
Observing the festival goers at Trees has led to this poem.


the band crank it out, urgent, loud,
such a brief time to make their mark

below them hands in the air,
almost a single mass of flesh caught up in the moment

others further away drink, talk, laugh,vape
the festival the backdrop to their private dramas

everywhere, unnoticed in viz-vests, people, paid by the hour,
stoop to collect cans into plastic bags and clear away the debris 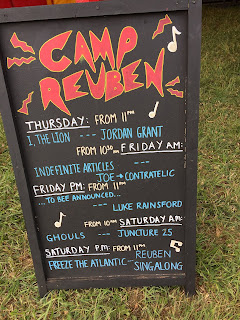 I realise that it is a percentage of, and not all people who just drop their rubbish on the floor, but how did we arrive at this state?
Is it the focus on the individual and not the group collectively that has characterised politics since the early 1980's? Have we become more selfish? Do we not think beyond ourselves to the group good?
I think we need to change, we cannot go on like this. People deserve better.
I can see the difficulties but have no answers.
On a lighter note.

then we are out of the church
and into the warm evening
alive with neon to eclipse the sun
but we don’t notice
ensnared as we are by the fairground rides
comfortable promises of adventure, speed and danger
and there you are
a bride in a dodgem car 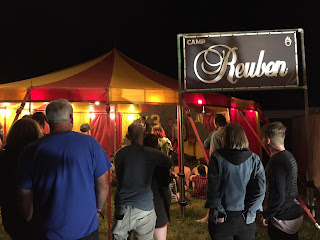 This poem describes the evening my brother and sister-in-law renewed their vows and then went on the funfair rides. A lovely evening.
I leave you with Anna Ternheim.
Here's a full concert, excellent stuff.
Until next time.
Posted by Paul Tobin at Friday, July 27, 2018 No comments: 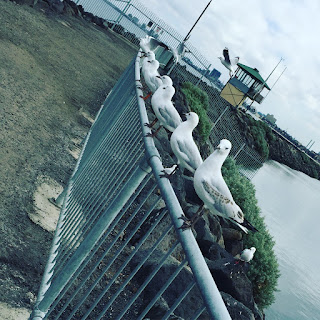 My computer has been playing up so no new posts for two weeks.
Plus I was at 2000 Trees Festival last weekend previewing my new collection All Yesterday's Tomorrows. Thanks to Rob and Andy for inviting us for the fifth year in a row. Trees is a special festival. I would also like to thank Gram and Emily for joining me and reading such wondrous poetry. 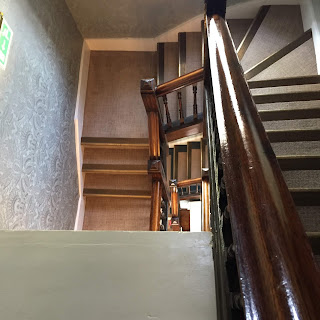 The Secret Poets offered valuable feedback on this post's poem. Consequently I have rewritten the third stanza. The general feeling was that in its original form the third stanza did not catch the voice of the mummy as pithily as the preceding ones did. You can read the original draft here.

I could even put up with the French interrupting my twilight,
but to be labelled a minor figure,
in the political structure of the Lower Kingdom,
while accurate, could have been said with more respect.

This social event makes no pretence at science,
which has come to replace religion for these people,
it is simply a sideshow.
How the good matrons of Paris gasp in awe
as their high priest professor holds aloft each wrapping
as if he was revealing universal truths.
Such enlightenment is beyond the banality of his words,
which reveal more of his time than mine.

Then I will lie under glass, naked,
having seen too much,
and in my second cycle of waiting
be ignored by the passers-by. 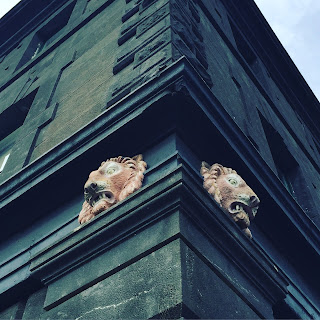 I have been listening to Lal and Mike Waterson recently and here is Bright Phoebus. I may have posted this before, but it's such a great song.
Until next time.
Posted by Paul Tobin at Friday, July 20, 2018 No comments: