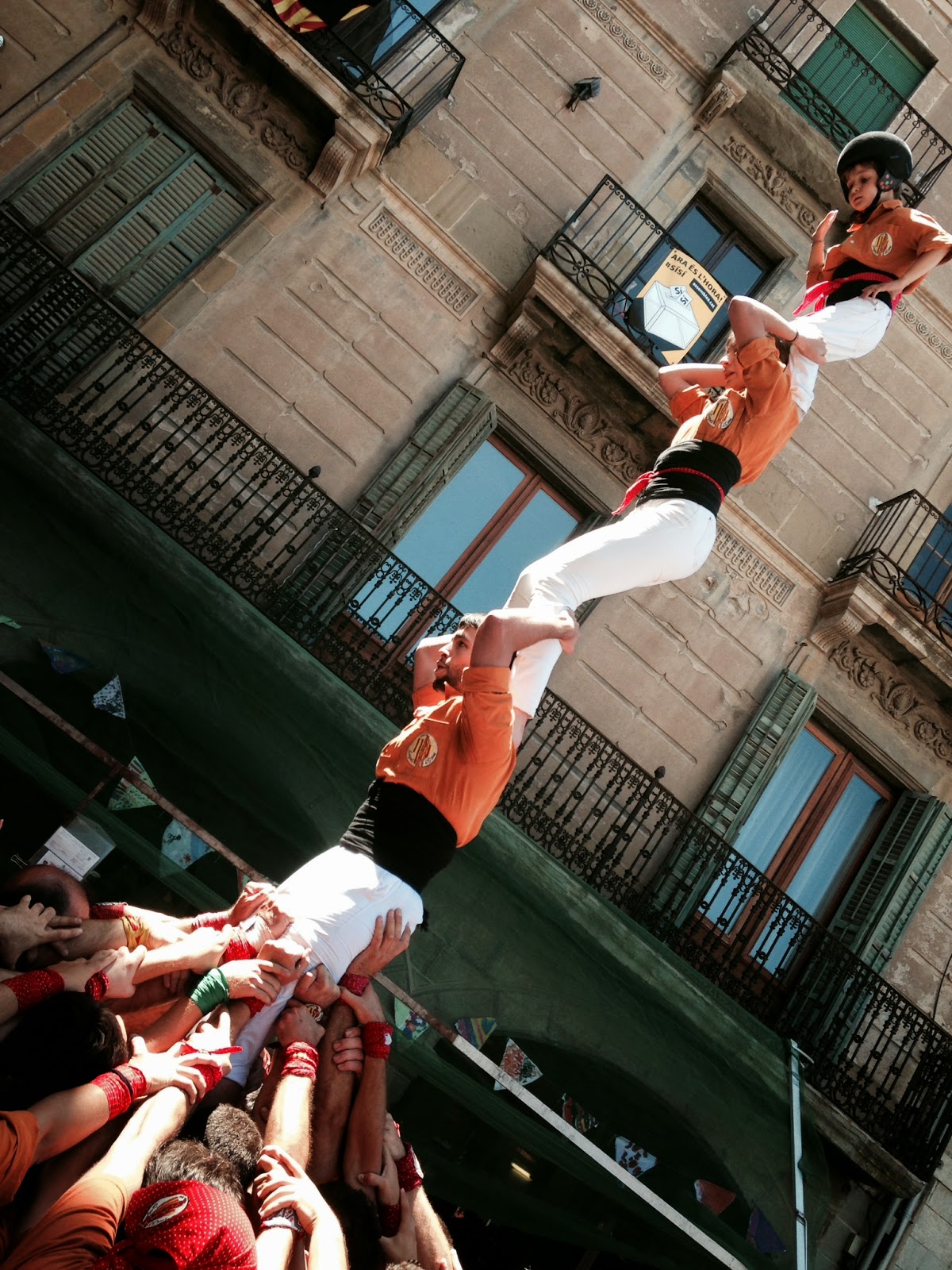 I was recently in Catalonya and was lucky enough to watch a Castell team demonstrate their skill at making a human tower. It is an impressive sight and one that is truly Catalan in nature. It took place in Vic. 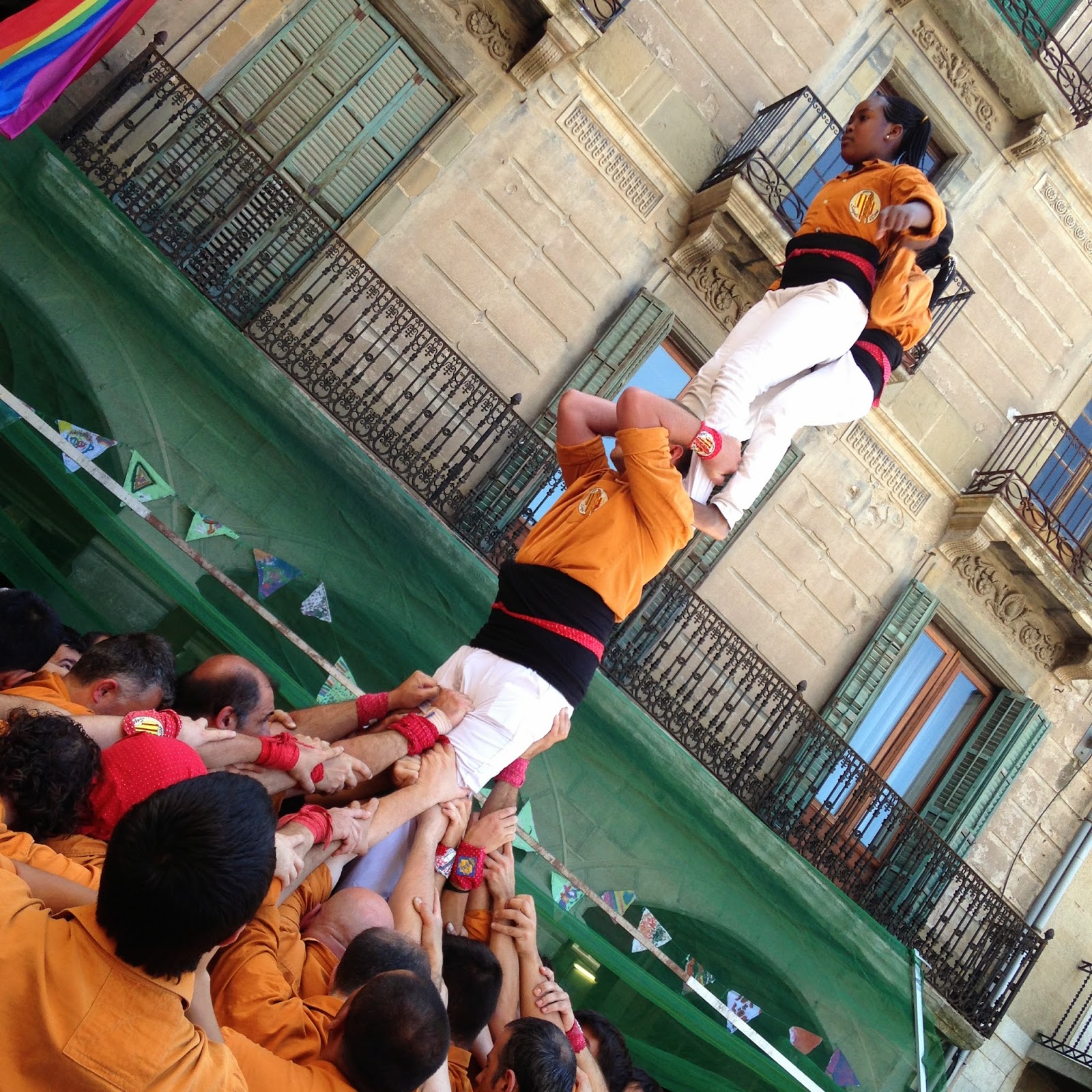 While I stood watching this an idea for a poem arose from where ever it is poems lurk. It arrived mostly formed and I have been revising it for a little while. As yet it has no title.


Nineteen years ago it was different, alive.
The town then half this size, all small shops, seemed more real, authentic.
Then, she thinks, so did we, and
wonders why they choose to return to the scene of earlier happiness.
She watches the Catalans build a human tower in the square.
A knot of men form the base, others will become flying buttresses,
as two women climb to stand on their shoulders.

This town confuses, fast roads bisect her memories.
When they finds a place they remember
she embroiders it with significance.
The women have linked arms, the crowd cheers a young boy,
lifted above the press of men, he begins to climb,
to stand aloft, briefly atop this human pyramid.

Can any marriage survive the children leaving home?
She is doubts their centre is as strong as this castell.
They have ceased, she now understands, to work together.
The boy has climbed down, is lifted from the first tier,
the crowd's approval echoes around the square.
The once structure is now a confluence of individuals,
as she realises such is their trajectory too.
She wonders as to her place in the throng. 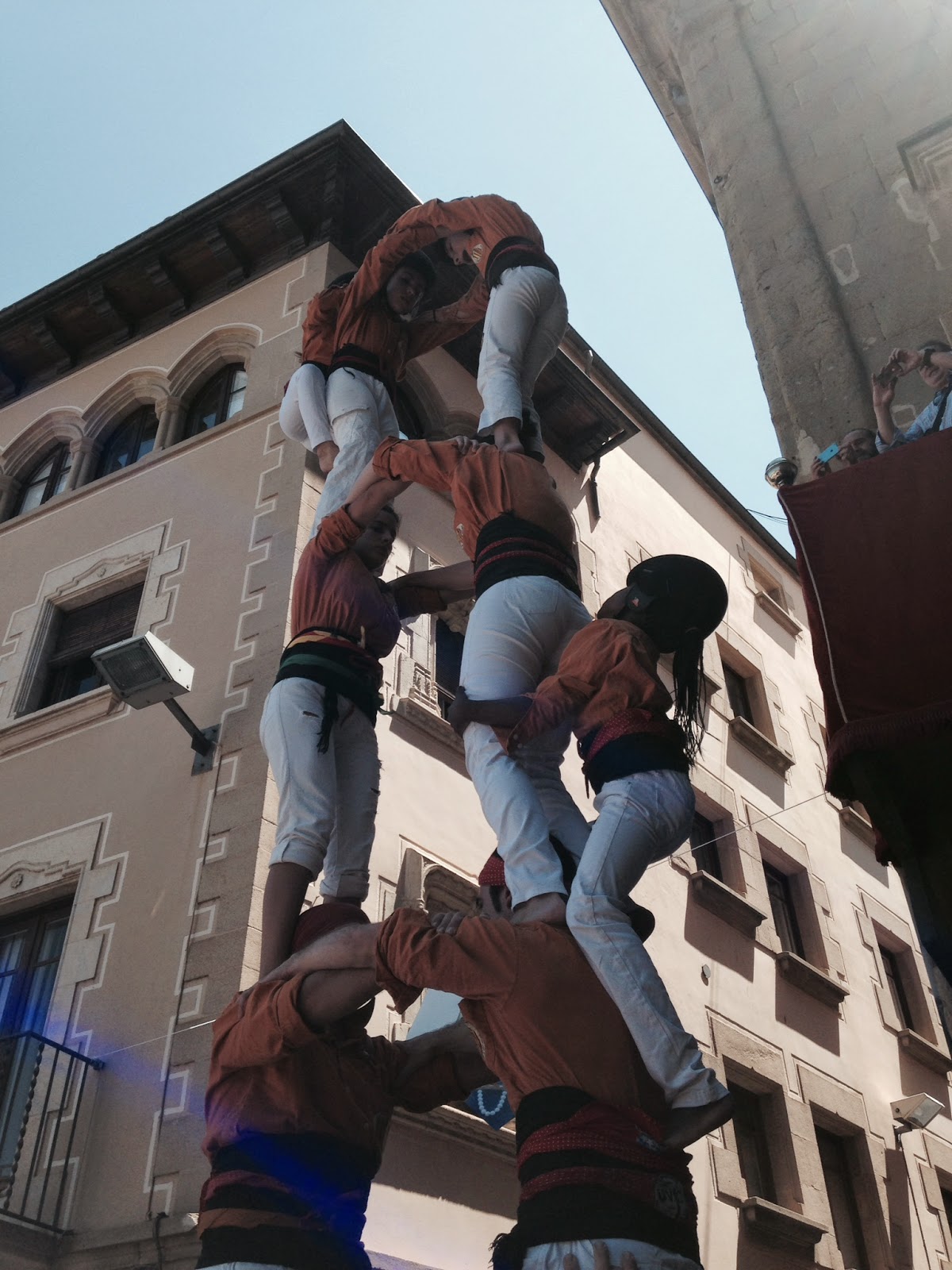 I am leaving you with the new Natalie Merchant video which features the sublime Louise Brooks.