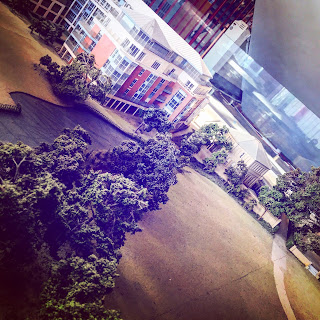 I have an unfortunate tendency, when writing about topics that are significant to me, to hector the reader. I do not show and let the reader draw their own conclusions. No, I bludgeon them over the head and the opportunity vanishes. 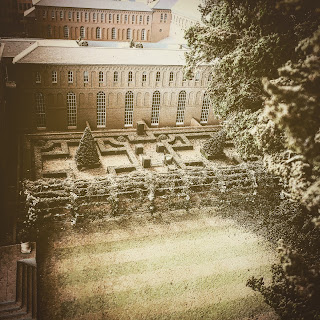 I have lost count of the number of drafts I have written, there are too many, and therein lies a danger. You can overwork an idea and that just won't do. I always keep each draft, in fact, I write each in longhand and keep the checking with the original to ensure I'm still on beam.
This poem went from journal to computer and back again. You can read the last draft here. 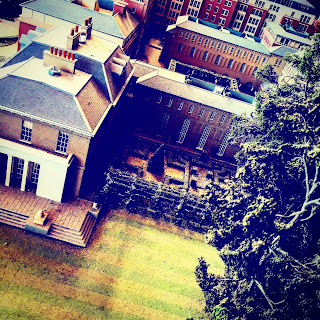 Since then the Secret Poets have struggled heroically to help me give it the shape and sense I most desperately want the poem to have. Thank you, as always.
There are two reasons for my passion. The model itself, photographs of which litter this post, and the simple fact that I am passionate about the history of the educational institute. Suffice to say I would not be the person I am if I had not spent four years as a student and then president of the Student Union. 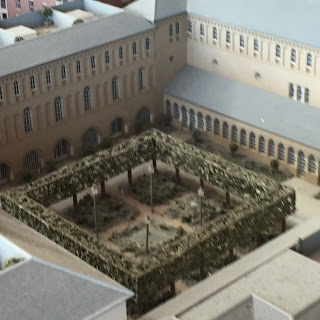 He is hoovering the architectural model of the old college,
it was made before the move to Plymouth,
before the college became a university,
before most of today's students were born.
The hoover sits on his back,
like a shiny black, jet pack,
from some cheap 1960's science fiction film.
He is hunched over,
this is difficult work given the lack of space,
he stretches to vacuum green, felt grass.

And standing there I wonder what his struggles
must look like from a window in one of those buildings,
say Hudson or Stanley House,
would I have run in terror, to hide in a basement?
Or sought a top floor view, my phone out, video on,
reaching for my moment of fame on the tv news?
The giant nozzle is sucking up boulders of dust,
as if the Kraken had woken to steal the world from us.
I know I would walk through those deserted gardens
and photograph the dust laden trees, too difficult to clean,
and wonder at this lost world.

Later, I move the barriers
then crouch in my turn to photograph the model,
its nine square, to scale, meters are abandoned.
Forlorn, half under the stairs, out of sight.
It is clear the present management have no time for the past,
except as a tag line on the corporate logo.
So it sits here, accumulating disinterest,
awaiting archaeology. 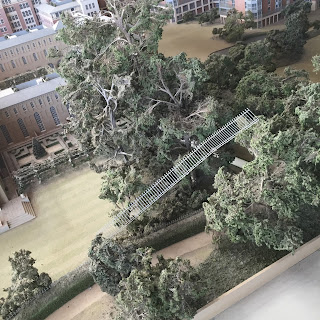 I'd be interested in your thoughts and I leave you with Mr Cohen singing a slightly different version of So Long Marianne.
The first time I saw him, back in 1975, at the Liverpool Empire, he began the concert with this song.