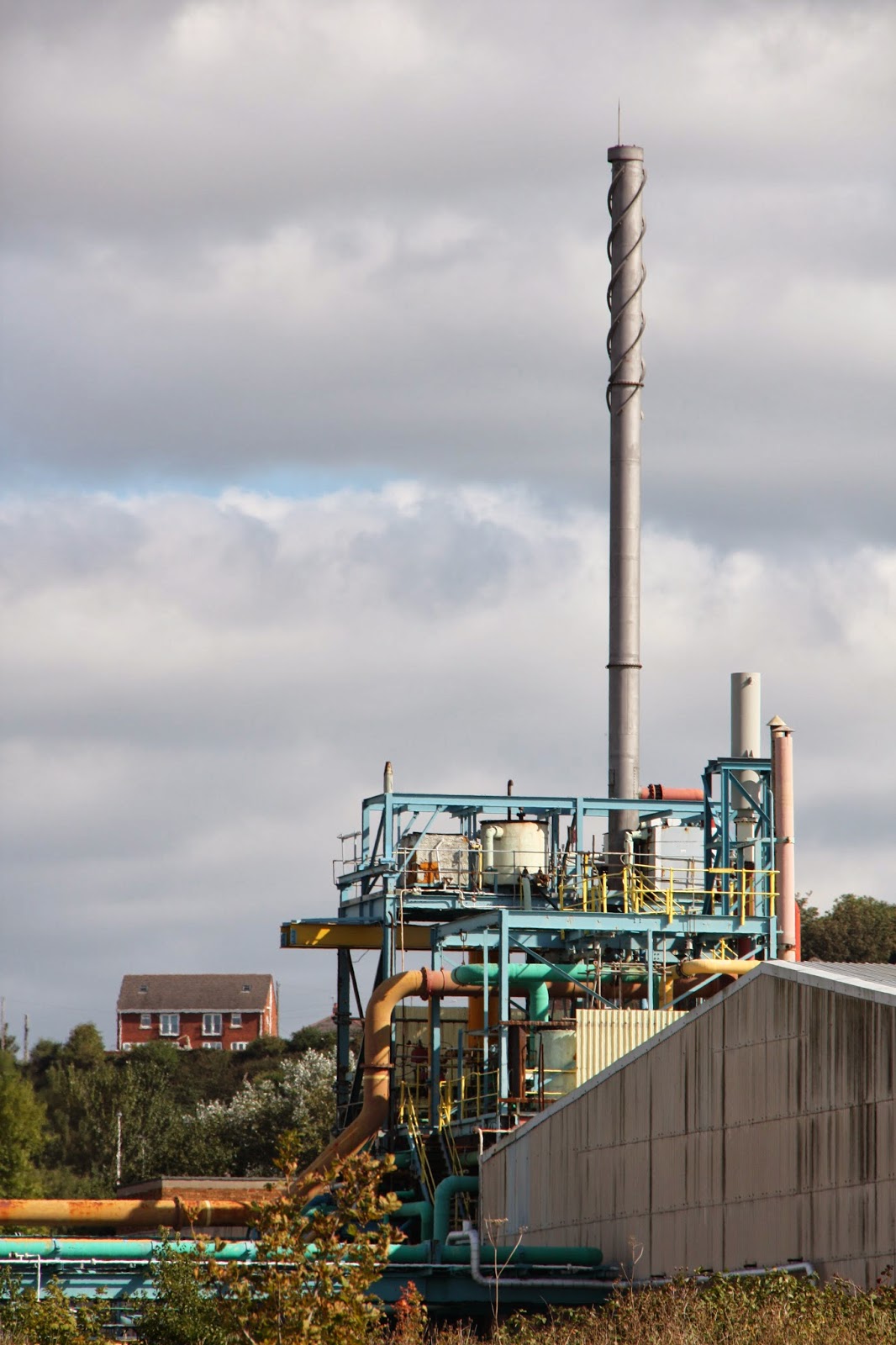 This week’s post is inspired by a workshop I ran at Juncture 25 on Wednesday evening. I was running late beforehand and I took Rachel Rees’ exercise without reading it. I try not to think about the task before hand as I want as even a playing field as possible. 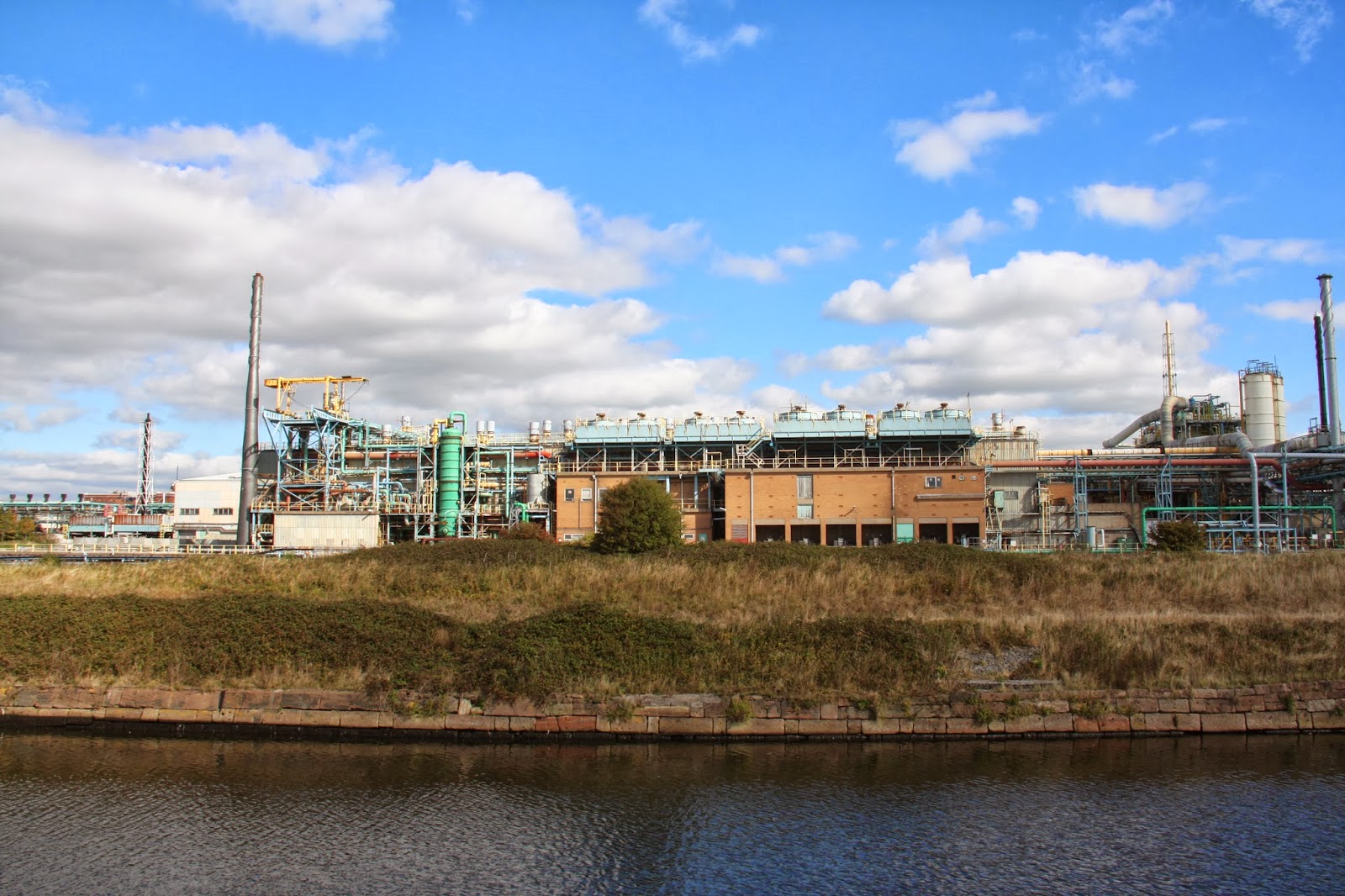 Essentially the task was to go to a place of your choice and observe [the focus was on seeing, hearing, smelling, tasting] then to write 10 found words from the environment then add to this 20 words that are provoked by the space. Next write a 4 stanza free verse poem.

You will appreciate that at 7.30 in the evening we had to imagine a place rather than visit it. This is what I produced in the 45 minutes we had.

1979: a typical Friday on top of the K Unit Dechlorinator

Green chlorine tasting teeth,
rub with your tongue it won’t go away.
Brown slide valve rust on palm,
cold cutting wind          Now!
higher than our house, on your house, atop his house.

Yellow chlorine, red hydrogen,
black caustic – the one to avoid,
blue for water, more colours than in the sky.
Dense hollow tubes circulating liquid,
more akin to balloon sculpture
or your insides on show.

Deluge valve – who reads the instructions?
Or clocks the last chance graphite bursting disc
fail safe, ready to buckle under pressure.
The chill air skirls about you.

This glowing tip leads to grey smoke tunnelling from lungs,
that swirling feeling, then you’re one hundred years away.
Friday afternoon, it seems has started early today.

I have tidied it up a bit, but it is pretty much as I presented on the night. I wanted to re-imagine a familiar place but one which would be easy to describe. 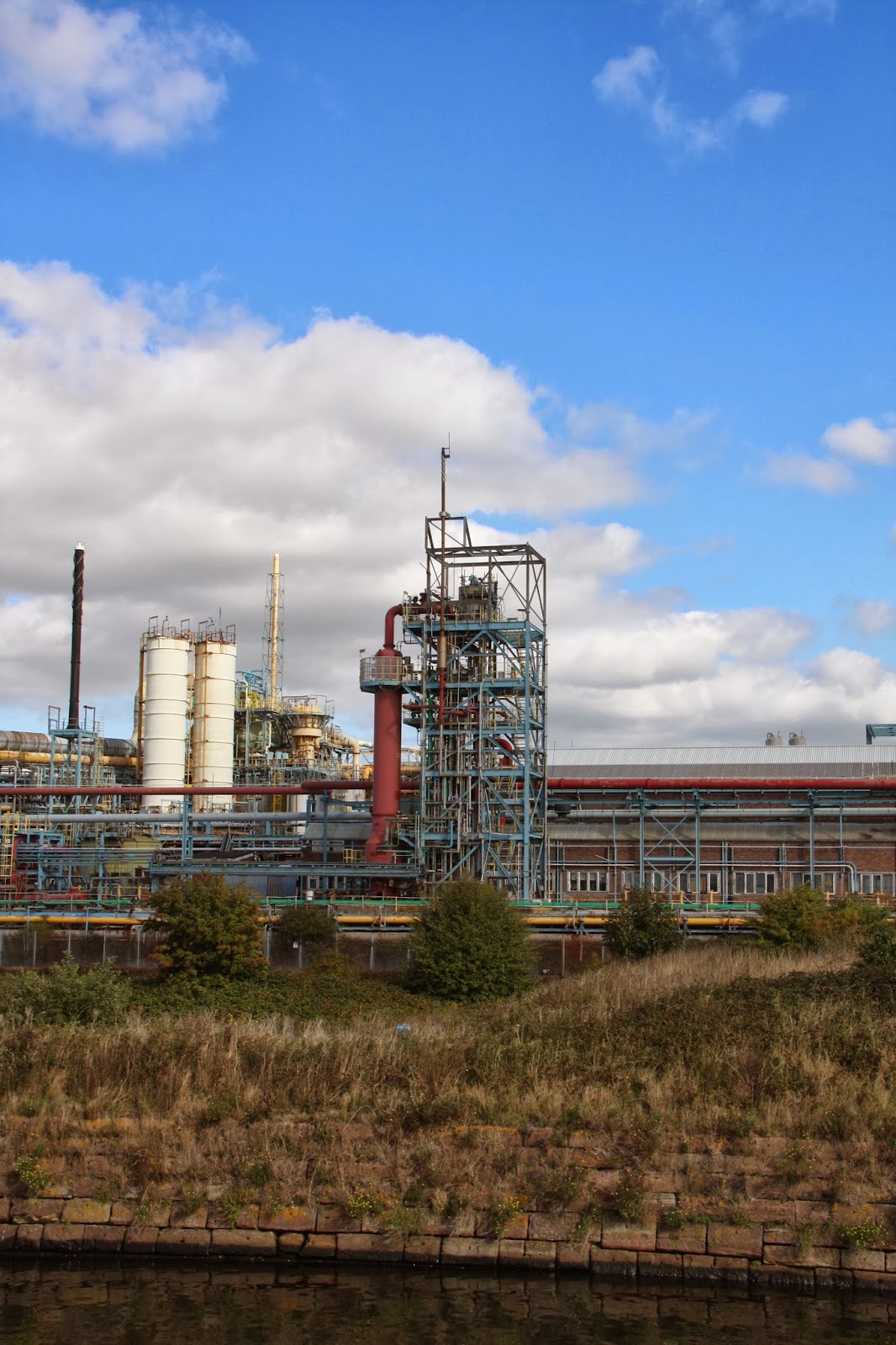 The Dechlorinator was one of the few places you could smoke in K-Unit. I had a ritual of smoking up there on a Friday afternoon [in those far off days Fitter’s Half Day].

Before I wrote the above I also, literally, dashed off this next poem. I think it needs a little background. When I was a social work student we had a tutor who would use visualisation exercises as a pace changer. At the start of the course we had to think of a place and we returned to that place often. That summer I had been to a Womad festival in Cornwall and I thought about when I had stood on the beach with most of the other festival goers watching the sunset.

Alaap is the name of a bangra band who happened to be swimming in the sea at that point.

Alaap in the water,
August in Cornwall,
gulls in the sky,
You by my side.
The world before us,
a festival in front.
In the years to come,
this moment my touchstone.
I had been told, right from the start,
to find a place I felt at ease.
Visualisation, a happy add-on
to social work training.
I can always go back to that beach:
Alaap in the water,
August in Cornwall,
you by my side.

The you in the poem is my late first wife.

I am leaving you this week with a video by Liz Lawrence, she edited the footage herself. It’s from her forthcoming record.