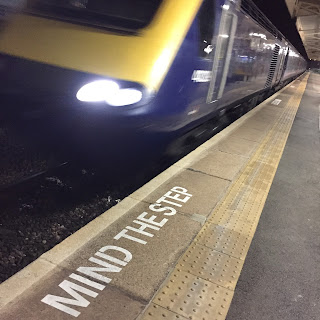 I've revised the poem from the last post. As I said at the time, I was not happy with the ending and over the last seven days I've altered it a number of times. By Wednesday I had it in what I thought was a reasonable shape and off I went to a Juncture 25 meeting.
I shall not repeat myself about the importance of constructive feedback from people you respect and trust, but I must thank Jinny, Gram and Geoffrey for their input. It has made for a better poem.


IT'S SUNDAY AT THE VICARAGE

After pious prayers extolling God and all His Saints
to uphold the natural order of white, Anglo-Saxon progress,
the calculating Reverend Malthus carves the joint of British beef.
Blood smears the knife blade.

Malthus has given thanks for this two pound harvest.
Now he works it out, 5,000 gallons of water and twelve pounds of corn
were needed to grow the amount of flesh
that he has just carved and served.

He loads his fork, pops the meat into his mouth,
and chews upon inevitable future of famine.
Malthus swallows and thinks himself blessed,
the future will not be his problem. 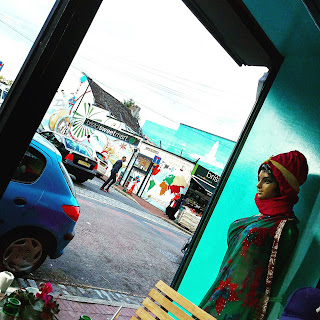 So what has changed? The first line is now the title. I have lost two "clever lines"- secure sinecure, traditional, tory and a man with more angle than a protractor. The first because it echoes the rest of that scene setting opening stanza and the second because though, I think, it's clever, it adds nothing to the poem. You have to be ruthless.

The second stanza has lost the lines: Populations grow faster than the food they eat,/it really is that simple. Removed so as to show rather than tell. I have to watch that I do not fall into that hectoring style in political poems.

Also I think the poem benefits from line breaks. The revised layout allows the poem to breathe. It is always interesting to play with the layout you never know what you may discover.

Only the one poem this week. I have been working for some time now on an idea that is proving more difficult to get a handle on than I would have thought. Watch this space...
Speaking of space the news that the star system KC 8462852 may hold evidence of sentient alien life is very exciting [to me anyway].
I've been listening to John Butler this week. here he is playing The Ocean.