SOMETHING TO WORRY ABOUT IN THE NIGHT 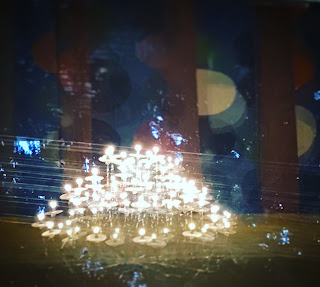 It's been a strange week here in the UK. The pantomime that is our political system appears to be thoroughly broken. The government seems to be totally incapable of doing what they tell us we must  do. Perhaps it is due to that sense of entitlement public schools appear to imbue these second raters with. Some Catalan friends of mine where saying how funny the actions of our crime minister and his troupe of clowns are. I had to reply that they do not have to live with the madness that their actions generate.

was easier than you ever imagined

the real mystery was locating it amid those flowing robes


you continued by describing the contents:

a religious medal of St John the Baptist

all too perfect to be kosher


I began to wonder if He

had let you steal it so

you would have something to worry about in the night 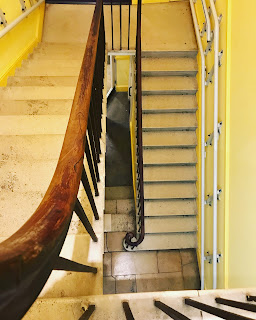 I have been reading a novel set in Lisbon, hence the Bairro Alto reference. Lisbon has to be one of the most beautiful cities in the world. I liked the idea of the thief receiving what he did not know he needed. I am not sure about the layout, the Secrets suggested a prose poem. Watch this space.

Here's a song by Pollyanna. At the moment she working on a sequence of labour songs, songs that were sung by people as they worked. You can keep up to date with the project on Instagram.