THE EMPTINESS OF THE NIGHT 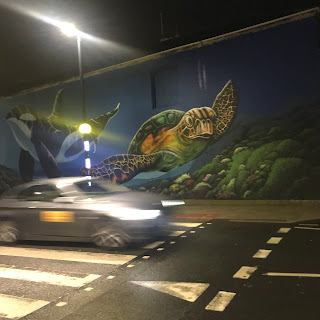 I occasionally wake in the night with a poem half formed in my head. I usually get out of bed and write them down but do not turn on a light in case I disturb  the household. The poem in this post came about when I was sat in the dark writing and yes I did see a man on a bicycle wobble by.

the muse calls me from my bed

to sit in the dark and write out my dream

then wobbling in the tail end of the storm

a man weaves along the road


no lights on his bike I note

and from the way he steers

no exact idea of where to go


he executes a sudden turn right

and when I look up again

I take in the emptiness of the night 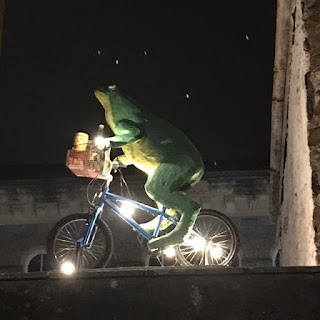 I think it works as reportage, but I am unsure of the final line [although confident enough to use it as the title of the post...]. Your guess is as good as mine as to where he was going to or coming from.

Midlake have a new album out. Seems pleasant enough, though I've only played it twice, but I do miss their glory days with Tim Smith.