HOODWINKING YOU, THEY FOOL THEMSELVES 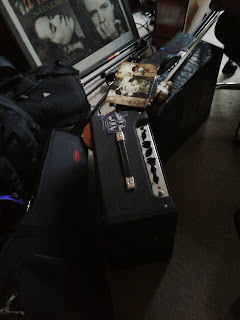 I was reading a guide to world music the other day-I have mentioned before that I am an anorak, and there was an entry about Boukman Eksperyans, a group from Haiti. The anonymous author was saying something like; often it’s the toughest places in the world that produce the best music. I was reminded of Edward Said’s book Imperialism and Culture.

He pointed out that in Jane Austin’s novels the wealth came from plantations in the West Indies - slavery. I had not realised this before then. If I am honest Austin is not one of my favourite authors; there are not enough spaceships in her stories for me. But when I walk around a stately home these days or just about a city I often reminded that the wealth behind the grand architecture was from slavery and exploitation of other societies.


Then I was listening to Radio 4’s In Our Time [a weekly programme about some aspect of science or culture], The Tempest was being discussed [my favourite Shakespeare play] and it was mentioned in passing that an Inuit had been kidnapped and displayed to paying audiences in Elizabethan London. 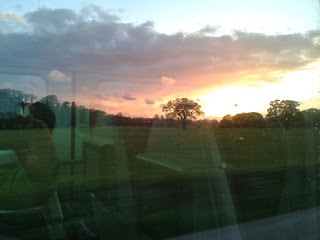 All these disparate images came together in the following poem. This is a very rough draft be warned.

He was canny, knew how to make a few bob,
give the public what it wants,
scoop the loot and scarper.
Let’s face it, there would only be a brief window before
his captive sickened and died.

People on the make will strive to convince you
that there is a worth in the injustice:
Yes, that particular aspect was unfortunate
but look at what was produced…
Say a stately home;
three men riding the column of fire from a Saturn Five;
or music composed and recorded as outside
the Tonton Macute rage through the streets.

Hoodwinking you, they are fooling themselves,
to enjoy the fruits of others sweat and suffering.

Not sure about the end. I think it’s rather clunky, but I’m always interested to hear what you make of it.

Another word of explanation, I mention the Saturn Five rocket because it was built by Wernher Von Braun. Though he became an American citizen, during the Second World War he made rockets for the Nazi’s using slave labour. He was an odious man, manipulating situations to make his obsession a reality. You can read about him in The Paperclip Conspiracy.

Here Tom Lehrer singing a song in his honour.

Phew! All that from reading a banal introduction to a brief description of a cd.

Tomorrow is the Winter Solstice and I am going to watch the sunrise at Avebury though the forecast is for rain. I shall leave you with a video of Annabelle Chvostek playing The Sioux, a song about the impact of colonisation on the First Peoples of Canada.
Posted by Paul Tobin at Friday, December 20, 2013