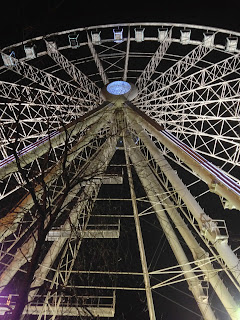 A new poem this time. I was trying to explore the concept of the social construction of gender. I wanted there to be a more traditional perspective as a counterpoint as well.

Laughter at the toddler
who rolls a pink toy pushchair
away, towards, repetitive action.
She observes he will need gender realignment.
She knows how boys behave, real boys that is,
for she has a son. He sits very close.

I have made the mistake of contradiction,
this is why she laughs at the pram pusher.
Gender cannot be a social construction
that changes over time and culture.
She knows better, she is a mother.

I debate telling her that once I was like that child,
but this would just prove she was correct.
In truth I am bored; we sit in a park, neutral territory.
Her best friend has married me,
obviously I have turned her head, she sighs,
women are susceptible to that sort of thing.

Does it work?
I was concerned that the phrase turned her head was too esoteric so I asked around and to my relief, around here, at least, it is not. 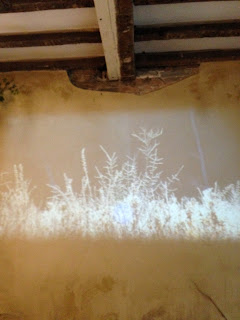 I write this on the 70th anniversary of VE Day, Victory in Europe. It is also the day after a General Election in the UK. I want to remember the Second World War, the sacrifice of a generation, the people who died so we can live like we do today.
I often write about my father. On VE Day he was on leave in Rome. He had been in the Army for over 6 years and had been in Africa and Italy. He believed in the Welfare State, in support for people who needed it, for medical care that was free at the point of delivery, for free education, as well as free speech.
I regret that the government of this country has eroded those high ideals.
This poem was written today.

OK it's rough, I sound like I'm preaching but sometimes that works in it's favour. I'll leave you to judge.
Here's Art Pepper playing Lost Life.
Posted by Paul Tobin at Friday, May 08, 2015