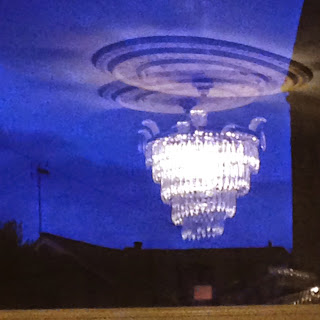 The first poem this post came from a story I was told. A friend of mine was staying on a static caravan site [trailer park] in Cornwall recently. It was a cheap weekend away. Around three in the morning on the first night they heard a fight, a serious fight and the next morning a near by caravan was empty and they were told that the two couples who had been staying there had been evicted.
So this is pretty straight forward really.

It took until three in the morning for the alcohol to hollow them out,
thinning their skin to the point
where every remark, every action,
was perceived as an affront.
Then the two of them, brothers in law, in fact, were at it,
scrapping in the static caravan.

The first for that season the copper thought,
as he threatened them with pepper spray,
and the prospect of more community service.
There was a procedure for this sort of thing,
by the time the sun rose over the entertainment complex,
they had been evicted.

This was not how their wives had envisaged the weekend.
Driving back up the motorway,
neither woman chose to speak.

Sort of brought the men close again.
Allowing each to feel sorry for himself. 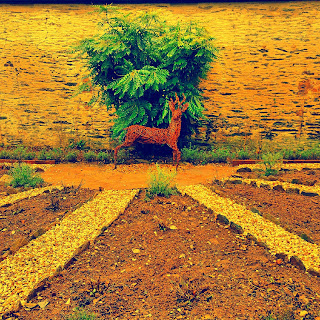 Another little poem, which I think speaks for itself.

I get up and write 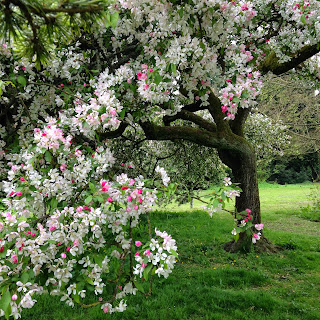 This weekend is a Bank Holiday in the UK and I'm off to Bridport in Dorset tomorrow to their Vinyl Saturday to relive the days of my youth by shifting through crates of old lps.
From those days here is Spirit with I Got a Lone on You, off their second album, The Family That Play Together, which is the best record their first line up made.
Here is Gorn Attack from the best album they did Future Games. I'd hoped someone had uploaded the full lp in all its bonkers glory, sadly not.