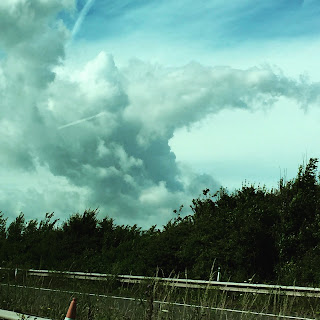 I wanted to capture different experiences of waiting in a poem without turning it into a list. I have nothing against list poems, they sometimes fit the bill, but I suspect they are an over used form.
A few explanations:
Half day closing [for those of you not as old as I am] was the practice of shops closing at lunch time one day in the week to enable the staff, who would work Saturdays, to have time off. In Widnes, where I grew up, it was a Thursday, across the river in Runcorn, it was a Wednesday. I do not know when the practice stopped. I would suspect in the 1980's.
When I was a child the only shop open on a Sunday was the newsagents. There were laws about what could be sold on the Sabbath and as I remember nothing on the television, save religious programmes. 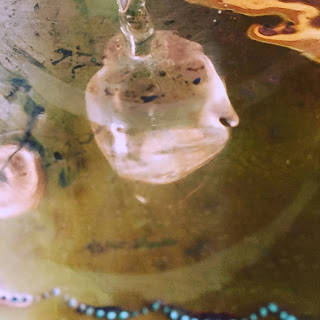 
Queues are too obvious an example,
even though there are only five minutes
before the last train will leave this station,
and there are five people in front of you.

A childhood in Widnes provided many opportunities:
half-day closing;
shut down Sundays;
and endless afternoons of school rugby league.

Then there's waiting for a miracle,
as I have been doing these past days,
hoping the blood vessels in your head will heal
and stop their relentless destruction,
this ceaseless kaleidoscoping of your personality
into an infinite parade of anxious strangers.

And there is the time before the ambulance comes
to take you to a place of safety,
now they have found you a bed.
This last seems the longest,
with every minute stretched to the horizon. 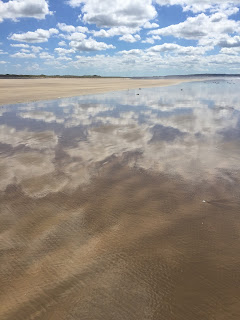 This is still very much a work in progress.
I was aiming for the power of the poem to be in the final two stanzas and hoped that the preceding three lulled the reader into a false sense of security. 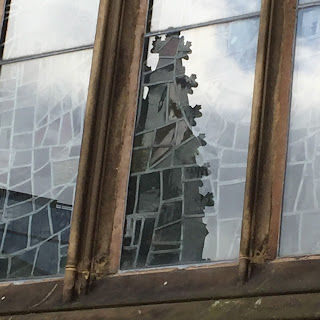 On a lighter note I am delighted that Brooke Sharkey has completed recording her new album and that it will be released in October.
You can read my interview with her here, and my review of her last ep here.
Here is a sneak preview.