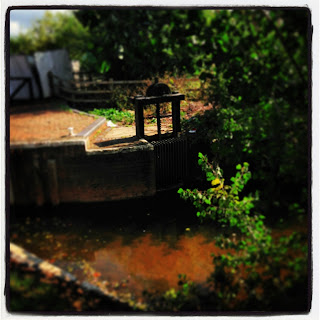 Apologies for the silence. Life has a habit of getting in the way, even of a poetry blog.
The poem this post is a recent one and it unfolds as the experience did in real time. Sometimes I tinker with the sequence of events to give more contrast but not in this case. 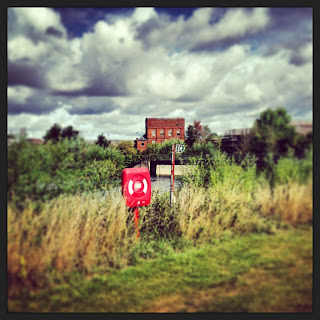 Taking the Tow Path from the Allotment

Just before the main road crosses over the canal,
on a day so still,
it could be a ribbon window on a submerged world,
I see a tent under the water,
all taut with tensioned poles.

The days after the flood must have been like this.
The works of man obliterated,
less debris each sunrise,
each corpse a feast for the fish
who would suffocate in their turn.

I watch the tent slide by, silent, top heavy.
Decide on a photograph,
reach for my phone,
then realise there is a man
camped under the bridge,
sat stock still in the chaos of his life,
and I stop.
He stares into the pellucid waters,
his face tells his story,
and I walk on,

beyond his tragedy,
past the three people with the bottle of Lambrusco
and little else, not even a plastic cup,
through the skaters clouds of weed,
back into my own life. 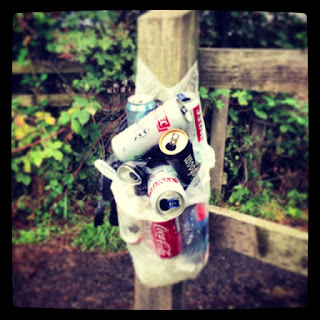 I do not think the tent belonged to the man under the bridge. I would have heard or seen it enter the water. I suspect it came from the green space by the locks. People camp there and it could have been thrown into the canal by someone wanting to move those people on. 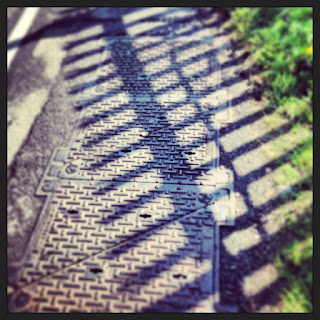 I leave you with more Anna Ternheim.