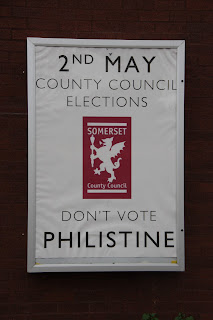 I feel that I should begin with a warning-you may find this post politically naïve. I want to admit this at the start. I am not a political animal. My views may be simplistic and to you, wrong  headed, but I feel the need to express my distress. 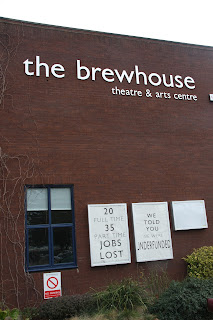 Last Friday, a week ago today, the Brewhouse, Taunton’s theatre, arts centre and lately independent cinema was closed and the official receivers brought in. They had run out of money and could no longer continue to trade. 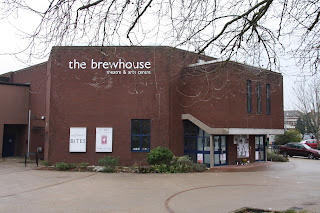 For the past ten years or more the grant it received from the County Council had been reduced. Death by a series of small un-newsworthy cuts. Then came the crisis, the recession, call it what you will, and in came the Conservatives, by stealth nationally under the guise of a coalition with the Liberal Democrats, and outright in Somerset.

People, myself included, were tired and disgusted by New Labour. I still shake my head and wonder how the party of the working person got hijacked in the 1990’s by a group of callous, manipulative career politicians with an eye on the main chance. But it did. Perhaps it was because after Thatcher the world had moved on. I had not. 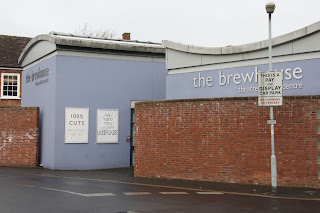 What happens, it seems to me, when the Conservatives get into power is that the rights and options of the ordinary person are eroded. It happens every time. I have seen it. It is always claimed that we cannot afford to continue the way we are, that the books must be balanced. 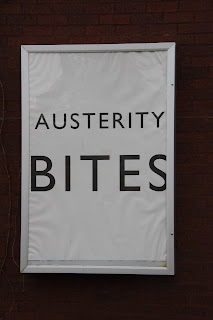 We are told that the National Health Service, still the jewel in this nations rather tarnished crown, is either not efficient or needs to be opened up to choice. What this means is that there is an opportunity to asset strip another publically owned resource. Like my local theatre the NHS will not work if it is starved of cash and made to jump through ideological hoops.

But some things are conspicuous by their absence in this debate. We never discuss Trident. Do we need a nuclear deterrent in this day and age? (Did we ever need one, save to prop up an outdated image of the UK’s position in the world? There is nothing sadder than an ex-colonial power attempting to drape itself in past glories.) Do we need to build more nuclear reactors save as a means of producing plutonium? 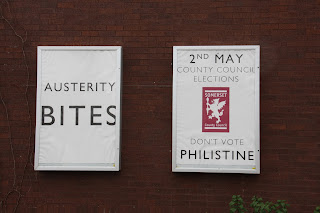 I will agree that as a society we do need to make changes, changes towards a sustainable way of life that is inclusive of all people not just those who through an accident of birth happen to have received their education at Eton.

The local elections are coming up. On 2nd May, we have the choice to cast our vote. The Liberal Democrats are already proclaiming that a vote for Labour will be a wasted vote, as Labour can never win in Somerset. The Liberal Democrats tell us only they can beat the Conservatives, yet at the last election they climbed into bed with them. 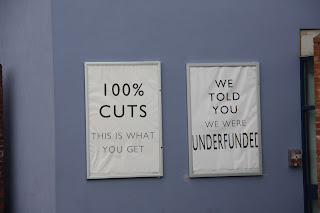 I would vote Green but I fear that to get a seat at the table they too would coalesce with the Conservatives. At this point I do not know who I shall be voting for, I only know it shall not be for the Conservatives or the Liberal Democrats. 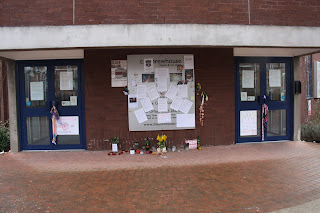 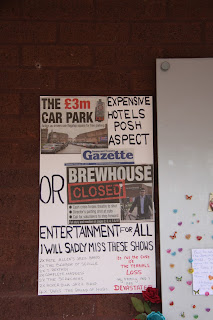 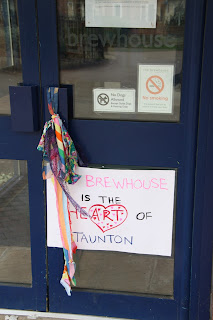