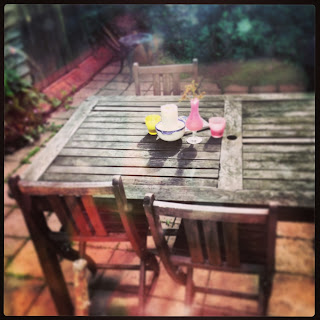 Last post I mentioned that I'd been working on some poems, well here is one, it's about ready for sharing. It is not finished by any means but the bones are there.

Here we are in the fabled Wild West,
you know the one,
peopled exclusively by white men.
A land that was only new to these invaders,
whose idea of civilisation had no room for others.
So lets play along with the myth
and the story arc of the over the hill gunslinger,
whose lost his nerve and is on one last job,
that leads him to stand outside a door,
wondering if his death waits inside.

Taste his fear, see his hands shake.
He gathers himself, and kicks that door open,
outdraws the bad men
[though he is the one dressed in black]
and frees the farmers, as he was supposed to.
Absorbed in his own legend, he pauses,
watches the farmers fighting back,
is shot in the stomach and dies holding on to wall.

Then there's me, sat in the dark,
right side of the white line,
Saturday afternoon films, 1961.
That scene has stayed with me since,
the film one of my favourites,
perhaps I was just the right age to be impressed,
to buy into their world vision
- this was pre-internet,
before the communication revolution.
I had yet to watch Vietnam unfold
nightly on the tv news,
or to see the American Empire begin to crumble. 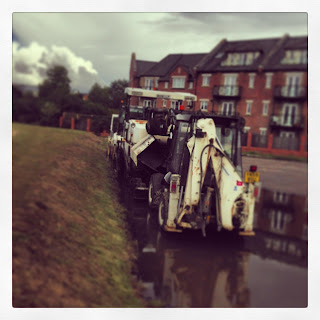 The Magnificent Seven is one of my favourite films and recently I had been talking about that scene, the one the poem describes and it led me to write the poem. Robert Vaughan plays the gunfighter but I can't find the clip of his death on line- apologies.
I did however find Annabelle Chvostek singing Racing With The Sun.