CLOTHES ON THE WASHING LINE 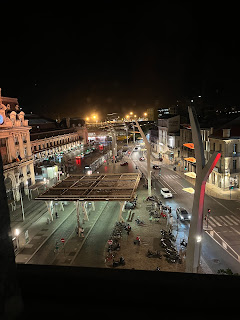 I have just returned from travelling in France and Spain. I decided to take the train rather than risk cancelled flights. This country is on its uppers. The government is a joke bereft of integrity and vision.But at least the mendacious buffoon masquerading as the Crime Minister is being forced to stand down. 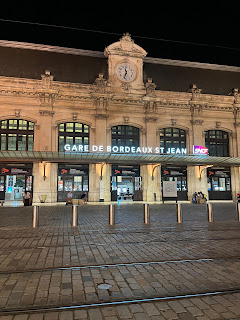 A word of explanation to those of you lucky enough to have escaped Music & Movement classes. Back in the early 1960s children in Primary School had classes designed to enable the children to express themselves through dance. The only session I remember clearly is the time we had to imagine we were items of clothing hanging on the washing line as the wind began to build in intensity.


the primary school me

had no idea of how to be

clothes on a washing line

blown by the cruel wind

so not for the first time

I copied everyone else


this mid 60s me finally

understands how it feels

to be washing on that line

buffeted as we are 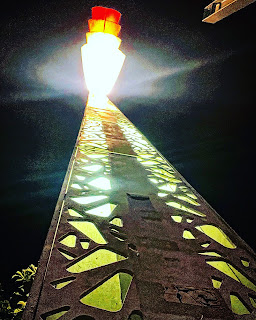 I am not sure the last line works. I wrote it while I travelled across France reading in The Guardian the latest excess of the worst Crime Minister we have had in a long time.

I leave you with The Beat [English Beat if you are American] playing Stand Down Margaret, a song about the last infamous Tory Crime Minister. The ones in between being a sorry bunch of second raters.