ONE OF MANY PHANTOMS 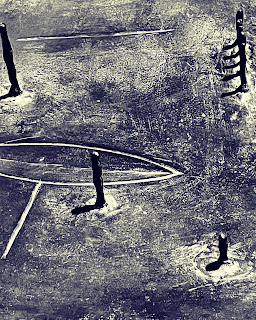 Some poems write themselves, others are never finished, at least not to my satisfaction. This post's poem is one of those. You can read my last attempt here. I was looking at it the other day and thought that I had not done the concept justice. What I wanted to do was to make the situation clear, the man who sold us all down the river is justifying his actions, inventing gratitude and praise where none existed in real life.


I am in his thoughts again

manifested inside his head

the puppet me embodied

simply to make his point

A steward orders me to stand on this spot

I am given appropriate clothing

[nothing I would have chosen for myself]

and told exactly what to say

to support his noble actions

[not the words I spoke to him at the time

or even a rough approximation]


I have been thought into existence before

not very often, usually when he needs

to illustrate his marvellous achievements

or the nobility of his actions to some new acquaintance


so I step forward to speak my lines

how I could only ever have respect for the man

I stand in his consciousness

one of many phantoms

we bow and scrape, thank him

[the opposite of what happened in real life]

before we disappear again


as I said this sort of event doesn't happen often

usually the likes of me never enter his head

not even for one second 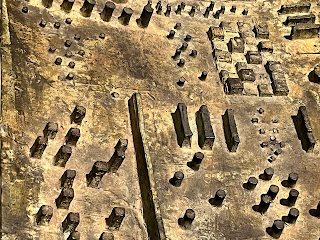 Have I caught it this time? Let's see if there is another draft five years hence. Here's another little poem I've been playing with for years. Again have I done it justice?

shoot towards the ceiling

marvel as it foams undrinkable


you left in the rain

infinity winked at us and smiled 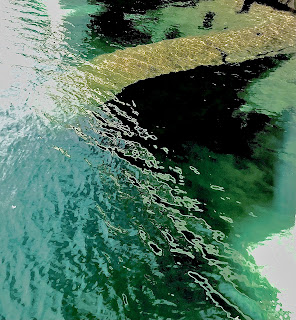 Here are The Mountain Goats with a song about vampires.