HE SLEEPS IN YOUR MEMORY 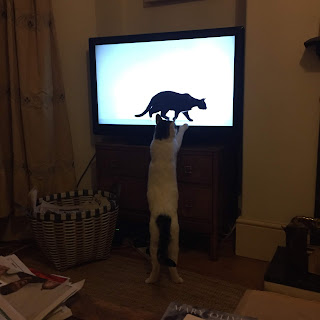 The photographs don't match the poem. Here is one of the cats I share a house with taking an unhealthy interest in the television.
In a way it compliments the poem. Theseus, who is remembered best for slaying the Minotaur, wasn't by our present day standards a particularly pleasant person. He is described on Wikipedia as: Theseus, a great abductor of women, as if that was something to be proud of.

He likes that we remember him for that first hit,
the one he whacked for his seat in eternity.
He sleeps inside your memory until
someone mentions labyrinth or Minotaur
and asks what was the name of that bloke?
The one with the thread and sword,
though we tend to forget how keen was the edge
and that it became his primary problem solving strategy.

I wonder if he’d not been better off staying in that cave,
at least he’d have missed out on the mixed reviews
following on from when he abandoned the woman
who’d given him the string and sword,
she was the brains of the outfit,
but he left her, high tailed it back to Athens,
those black sails prompting his father’s suicide
and his swift ascension to the top.

Yes, he’d rather we forgot the messy details
and just remember him for that one wet job. 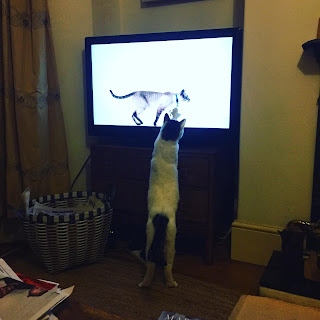 The mention of the black sails refers to the fact that when sailing from Athens to Crete the ship had black sails. Theseus told his father, the king, he would unfurl white sails on his return, as a message of his success but left in a hurry after deserting Ariadne as she slept. The king seeing black sails jumped from the cliffs to his death.
It was rather a mess all round. 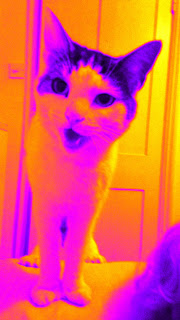 Here's a 1967 take on the Orpheus and Eurydice myth by The Herd. Psychedelia at its best.